As previously seen in the beta release, you can now run the Android Emulator directly in Android Studio. In this mode, the emulator is displayed as a pane inside the main window, instead of as a separate window. Google says this is intended to "conserve screen real estate, to navigate quickly between the emulator and the editor window using hot keys, and to organize your IDE and emulator workflow in a single application window." However, some advanced options are still only available when you open the full application. 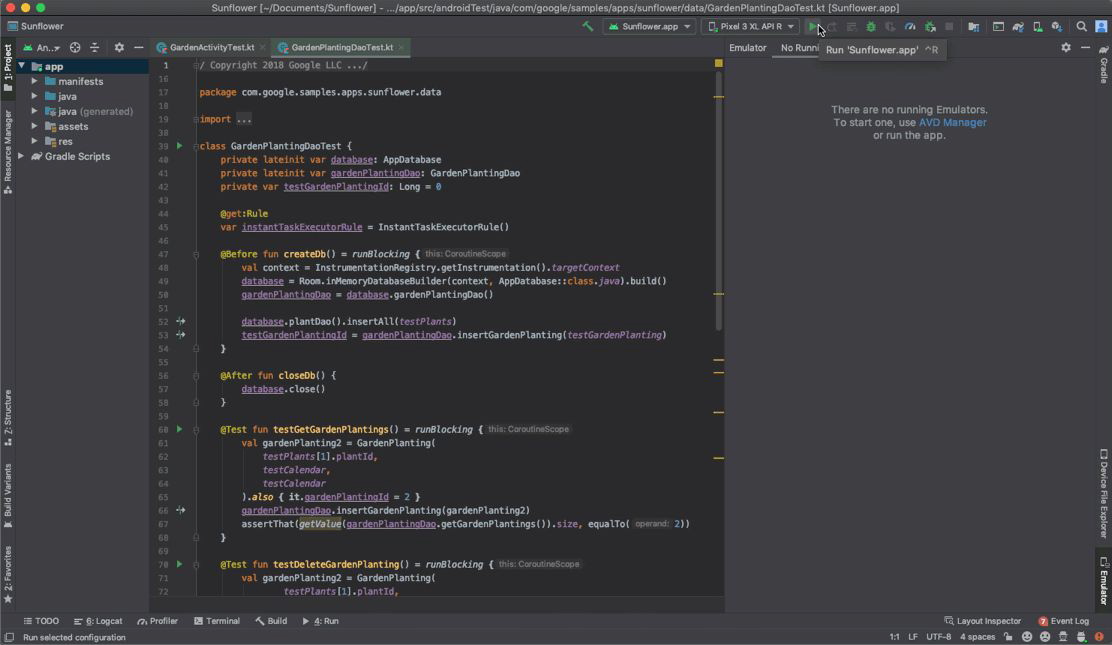 Android Studio also comes with version 30.0.26 of the device emulator, which was originally released in August. It includes enhanced support for foldable devices, faster emulation on ARM64 hosts, SEE 4.1 and 4.2 on macOS hosts, and other improvements.

Another key improvement in Android Studio 4.1 is support for TensorFlow Lite models. Google wrote in a blog post, "Android developers are using machine learning to create innovative and helpful​ experiences​. TensorFlow Lite​ is a popular library for writing mobile machine learning models, and we wanted to make it easier to import these models into Android apps." Android Studio can now generate classes for running models with less code, similar to how view binding works.

Other changes include an overhauled System Trace utility, better navigation when using Dagger for dependency injections, an updated Database Inspector, and updates to Material Design Components. You can download the latest version of Android Studio from the official website.