Last month, we reported that Google was working on sorting texts into categories in the Google Messages app, as well as deleting one-time passwords automatically. But it wasn't the first to debut smarter messaging features like this, because OnePlus incorporated similar features into its own messaging app a few weeks prior. Now the OnePlus Messages update is expanding to help more users declutter their inboxes.

In a community forum post today, OnePlus revealed that the OnePlus Messages app upgrade is now available on the Play Store in India for 7- and 7T-series OnePlus devices. The app will begin to divide messages into three new categories: OTP, Transactions, and Promotions. These types of messages will be shown at the top of the app, making them easier to find. OTP messages will also be archived automatically "after you are done with them."

OnePlus put its messaging app on the Play Store last month with these new additions, and now that new experience is available for OnePlus 7 and 7T users in India now. The company says more stable versions for other devices will be coming later this month. If you're eager to check it out now, though, try downloading the release from APK Mirror. 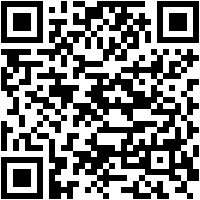 The first wireless earbuds from Devialet look cool, but they're not cheap