Motorola is known for making smartphones that span from budget to flagship range, but in a year with lagging sales, the company is expanding its repertoire. In partnership with Flipkart in India, Motorola is announcing its debut in the home appliance space with a series of smart-home products.

Motorola's first-ever range of home appliances has launched in India. The lineup includes air conditioners, refrigerators (shots fired, Samsung), and even washing machines. The company is also refreshing its Android TV series with the first TV to run Android 10 in India. The products will be available on Flipkart with sales starting on October 16. 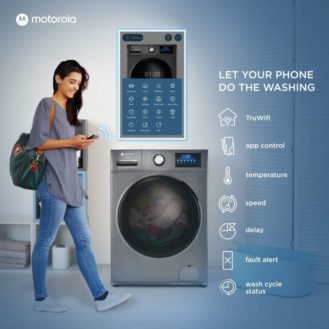 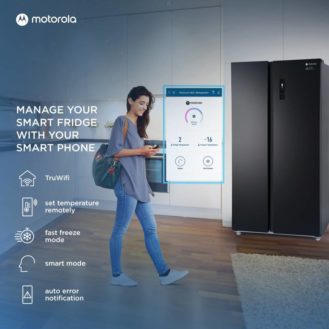 This woman has only one pose, but she sure loves Motorola appliances.

The new product lineup includes something Motorola is calling TruWiFi. Much like other smart home stuff, it allows users to operate smart appliances directly from their phones. There are even special apps that provide more advanced customization and features like notifications for when clothing is clean or the fridge encounters an error.

There's no word on if the company has plans to expand these offerings to other regions, but for now, Motorola's first smart appliances are exclusive to Flipkart.