The Android Police Pixel 4a 5G has arrived, and while you'll have to wait for our full review to get all the juicy details, I've spent most of this morning with it. Here's your first look at the Pixel 4a 5G. In short: If you're familiar with the much-loved Pixel 4a, Google's latest phone does more than just share its name.

When it comes to shape, materials, and overall industrial design, this is basically just a big Pixel 4a with a few noticeable differences. First: The camera. Both phones have square camera humps, but the Pixel 4a 5G's plateau is bigger, and it uses the extra space to fit a second wide-angle camera. (And we're sorry, we can't show you the sort of photos it takes yet.) Materials also feel pretty much identical. The Pixel 4a 5G has a black matte plastic body, identically shallow fingerprint sensor, and even a headphone jack up top in almost precisely the same spot as its smaller brother. The same goes for pretty much every cutout, port, and button all the way around the phone (right on down to the microphones), with each placed in almost precisely the same position the smaller Pixel 4a has it.  The fine texture of the matte-finished plastic still picks up grime and grease way too easily, but it can be wiped clean if you get aggressive. Other design details match, down to the radius of the corners and edges, and even the hole-punch camera cutout (though the hole itself looks ever-so-slightly smaller to my eye). The thickness of this non-mmWave model is even identical to the 4a. There are a few other tiny visual differences, like a very slight change in the power button color and a slightly more prominent Google logo on the bottom back, but you could easily confuse the Pixel 4a for the 4a 5G at a glance outside the size difference and cameras.

One super pedantic thing I will note: The power button on the Pixel 4a 5G isn't as exceptionally, stupendously clicky as the button on the smaller Pixel 4a. 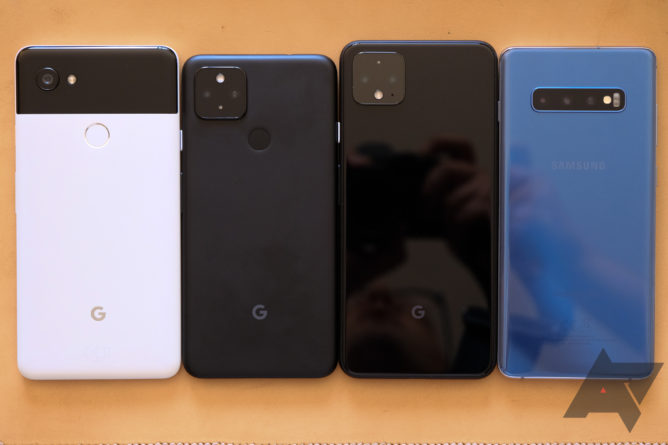 The bigger phone fits in-hand as comfortably as the smaller Pixel 4a, and it's easier to heft than I figured it would be. That's probably because it's a bit smaller than your normal "XL" or "plus" phone variants. Side-by-side, phones like the Samsung Galaxy S10+ and Pixel 4 XL are noticeably larger though the Pixel 4a 5G packs a screen that's almost the same size.

In more esoteric discussion of build quality, the Pixel 4a 5G has the same feeling of density that the smaller Pixel 4a has. I don't know why, but I had expected the bigger phone would feel lighter and cheaper. Fortunately, it has that same "just right" sensation when it comes to heft that the smaller Pixel 4a has. Wrenching on it with two hands to prove a point, I can hear something inside flexing just the tiniest bit at the bottom, but it's otherwise solid and substantial in a way that inspires confidence when it comes to wear, drops, and dings. There are limits to what we're allowed to say for now, and it's too early to pass judgment, but I will tell you this much: Anyone who held back on the Pixel 4a on a basis of size should pay attention to this phone. Look forward to our full review soon. 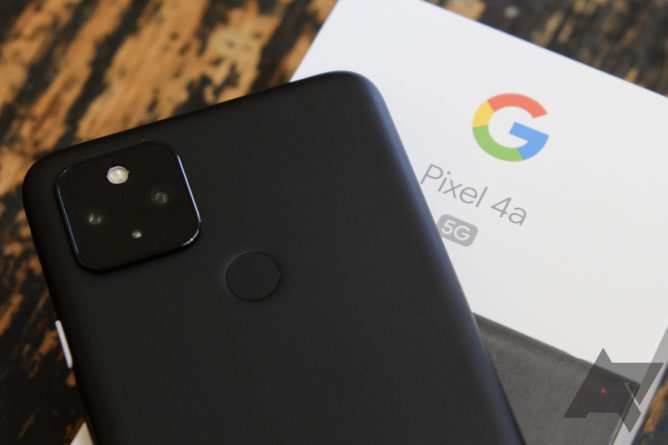 Rabbids Coding is a free educational game from Ubisoft, out now