Google rebranded Hangouts Chat to Google Chat earlier this year, and since then, the company has been working on making it a more attractive offering with new additions like a dark theme. Last month, we learned that read receipts would be coming to the platform, and wouldn't ya know it, now the feature is starting to roll out right on schedule.

Read receipts will be available to all Google Workspace customers. When talking inside a 1:1 direct message conversation, you'll be able to see a little icon of the recipient's avatar that lets you know the last message they've seen. The read receipts will display in two scenarios: when a user is in the conversation and has seen the message, or when they've replied to it from a notification. 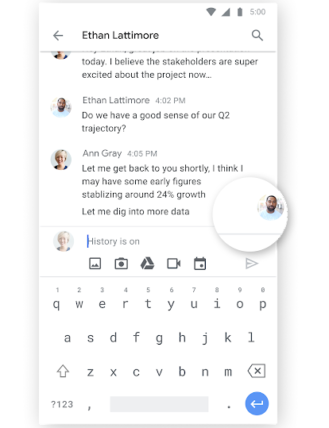 Users will be able to see read receipts in active chat windows for one-on-one conversations on Android, iOS, and the web. Right now, this feature isn't expanding to group messages or rooms, although I'm sure that's only a matter of time. With this latest addition, Google continues the trend of introducing a feature into an app that was already present in that app's previous incarnation. Hangouts classic had read receipts back in — checks notes — 2013. Well, at least Google Chat is getting closer to achieving full feature parity as the long-rumored transition continues.

Aggressively-priced Pixel 4a arrives in India alongside Nest Audio speaker