Back at its Launch Night In event, Google announced a redesigned Google Photos editor that makes machine-learning editing options more prominent. It was initially uncovered in a leak back in August, courtesy of app sleuth Jane Manchun Wong. The company promised that the revamp would roll out to Photos users gradually, and it appears that a lot of people have already received the server-side update by now. Check your Photos app to see if you also got in. 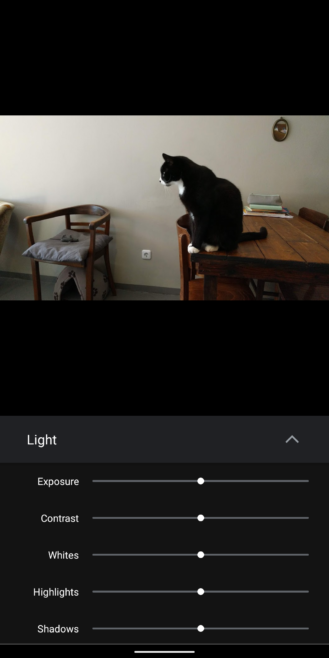 The icon-based strip of sections at the bottom is gone in the new editor, making way for a carousel consisting of text labels that mimic most of the old structure — you can still access the cropping tool, filters, and adjustments. The latter have seen a complete revamp. Instead of a vertical list of options for exposure, contrast, whites, etc., you'll now find a horizontally scrolling carousel of options with a more granularly adjustable slider for each — that'll make it easier to make precise adjustments. The back gesture is disabled in that area, so you won't accidentally exit the editor when swiping too carelessly.

If you're looking for the document cropping tool once you've received the update, it's now part of the regular "Crop" section, a position that makes much more sense than the previous one in the old interface, where document crop was hidden among third-party extension access in the rightmost bottom tab.

The editor has received a new section inspired by the editing tips Photos occasionally gives you in toasts when you view images. They consist of photo-based recommendations, such as known tools like color pop, black and white portrait, and a more generic "enhance" feature (probably replacing the "auto" function of old). These enhancements are machine learning-based.

Meet the all new, redesigned Google Photos editor. With the editor’s new layout, you can quickly scroll through all your options to find the tool you need or discover new ones.

Pixel users can also look forward to an extra goodie: Portrait Light. It's an ML-powered feature that gives you more control over lighting in portraits, letting you choose the position of the light source after the fact. If that's too much, you can also just change the brightness and exposure of your subject's face. Portrait Lights can be applied to regular photos not captured in Portrait mode. This feature is a Pixel 4a (5G) and Pixel 5 exclusive, but will be available on more Pixel phones "soon."

By now, the new editor has popped up on many more phones here at Android Police, and we've also received tips from people who report having access to the redesigned editor, too. As communicated by Google, it's a server-side update, so getting the latest app version won't help you get in on it. Check your Photos app to see if you got in on the new editor.

As expected, people are seeing the new look editor appear in their Photos app as a server-side change. Here's how it appears on a Coolpad phone with Android 9. 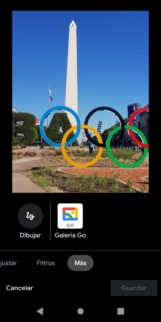 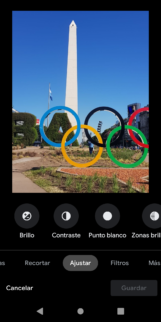 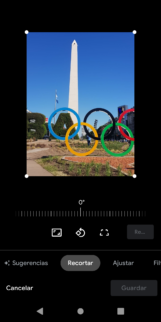 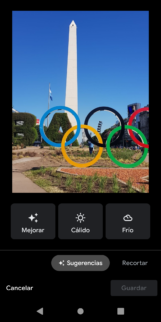 And here is Max Weinbach's dog.

We've updated the original post to reflect the wider rollout and have added more details on what's new.

Google is improving the Alt-Tab switcher in Chrome OS, here's what you need to know