Smart displays have taken off in the last couple of years. Even Facebook got in on the game with the launch of the Portal in 2018. The company refreshed the Portal product line last year, introducing new products like Portal TV. Now Portal is getting a bit more useful thanks to additions like Zoom and Netflix.

We learned that Zoom was coming to smart displays like Portal earlier this summer, and now Facebook has officially announced that the functionality should be here now. Even with high-fidelity sound and the AI-powered camera that knows how to frame people properly, I wouldn't pick a smart display as my first choice for attending Zoom meetings. Still, it could come in handy in a pinch. 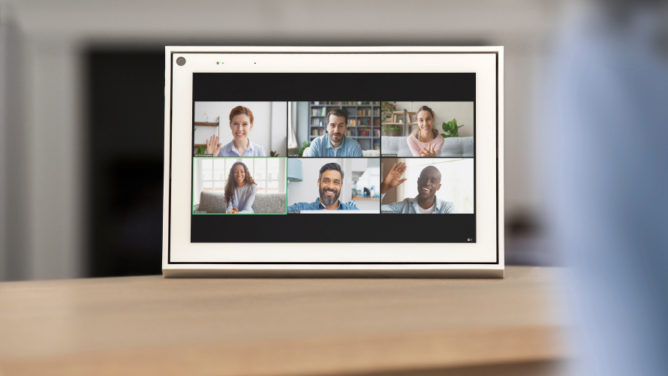 Zoom on Portal is available now.

Zoom on Portal is now available on Portal Mini, Portal and Portal+ in all regions where Portal is sold. While it may not be among our favorite smart home devices, this addition does make the Portal smart display more useful around the house.

Portal is announcing support for Netflix on the Portal TV as well. Portal TV already offered access to Amazon Prime Video and Sling TV, among others, but starting today users will be able to open up the Netflix app, log in, and start binge-watching Tiger King for the umpteenth time. There's a new remote coming, too, which offers a Netflix button just like the new Chromecast remote does.