Boats use the same double-DIN head units that cars do, but it turns out that nobody had made an Android Auto unit for marine applications... until now. Boss Audio has just released a fully weatherproofed 6.75" 480p head unit capable of Android Auto and Apple CarPlay, and it's actually pretty affordable at $289.99.

Boss's head unit carries the catchy name of MRCP9685A, and it's advertised as being "fully marinized." The product page says that term's used when the company utilizes "high-tech, state-of-the-art waterproofing materials plus special UV coatings for plastic surfaces, coated circuit boards and connections to protect the product against the harsh outdoor elements and resist corrosion." All that sounds pretty good, though for $289.99, don't expect the highest-end components and features to be inside. It's also worth noting that this might be a good option for certain other applications, like, say, if you have a Jeep you like to take the doors off and go mudding in. 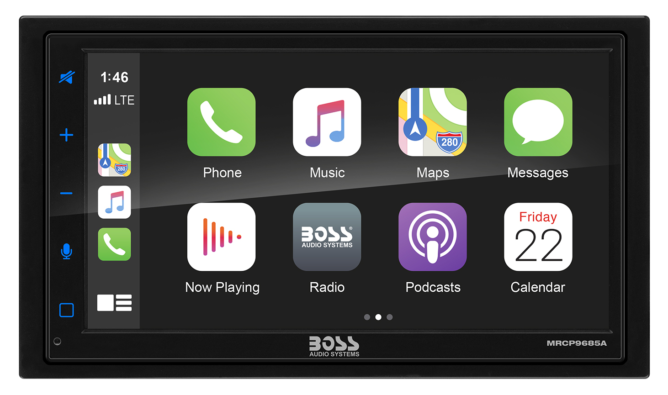 Being that this is such an inexpensive head unit (and that it isn't mentioned on the product page anywhere), we're not surprised to see that this doesn't support wireless Android Auto or Apple CarPlay, though it would actually be a pretty useful addition given the whole sealed-off advantage to weatherproofing. But hey — it's only $289.99, which isn't much more than the cheapest regular Android Auto units. You can buy one from Boss Audio's site, and it comes with free shipping.