The full list of functional changes, and the devices they apply to, are just below: 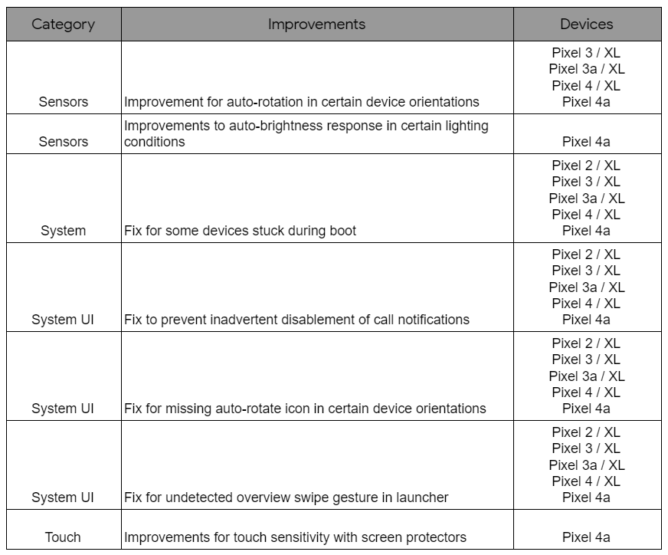 We should note that we ran into a little bit of trouble with the Pixel 4a's automatic brightness feature during our testing and review, but at least one post-release patch included fixes for it, and it sounds like this release has some additional tweaks.

When it comes to security-related changes in the October update, Google says there aren't any Pixel-specific enhancements outside the functional patches included. The general Android bulletin changes are numerous, though, with mostly "high" and "critical" severity fixes included.

Build images aren't divided up by carrier or region, as they are sometimes and were for the Pixel 4a last month. They're also more consistent with what we know of Google's current build number scheme, pointing to recent/realistic dates rather than months back, like other recent releases were:

We should also note, this is the penultimate update for the Pixel 2 and 2 XL. Google only promised that the pair of phones would receive new software until this month. A Google representative has confirmed to us that the two phones will only get one more update in December, similar to the 2016 Pixel bonus update. That means no update is planned for November. 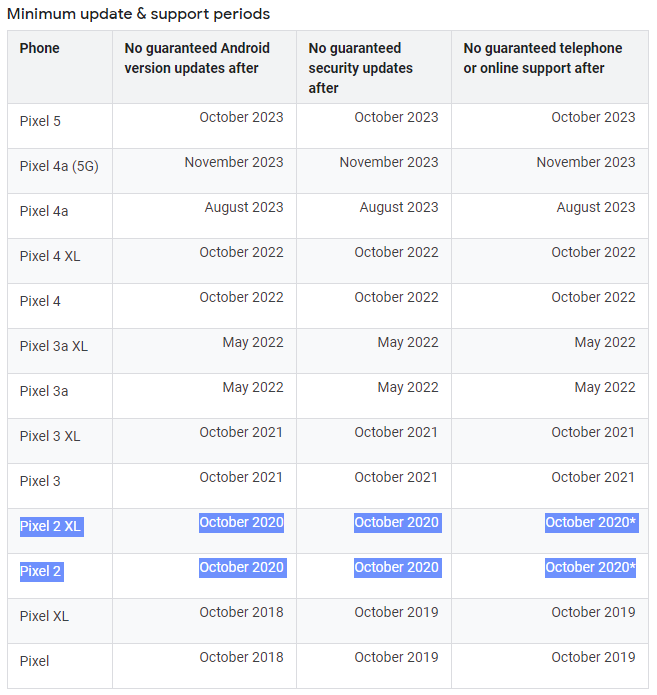 Factory and OTA images, for the impatient, are available at the source links below. The update should be rolling out via the more traditional means shortly.

Magisk gets its biggest update in months, bringing features like Android 11 support and a brand ...