Mixed in among the Pixels, Chromecast, and speaker yesterday was another important tidbit. Google is essentially rebranding Android TV to Google TV over the next few years. But "Google TV" is more than just a software skin, it's also the new name for Google Play Movies & TV. That's makes it the second Play-branded service to get the boot in the next month if you consider Play Music, and I don't think this change goes far enough. It's been eight years, and it's time for Google to kill the "Play" branding across the board.

Frankly, I never thought it made sense to begin with. The Play name always struck me as some executive's obsession with differentiating Google's platforms from Apple's in a way they could market as "fun." I can just imagine the one-sided conversation now: "See, an app 'Store' is all work and no play. Wait, 'Play!' That's it!" Limited to apps and games with the Android Market to Play Store rebranding, it almost worked, but Google decided that basically everything it could charge you money for needed Play branding. Names like Play Music and Play Movies & TV at least made sense, but we also have Play Books, and we had Play Newsstand and Play Magazines for a while. Honestly, I'd argue that Google's fixation on Play branding has outright hurt some of these efforts.

Google's fixation on Play branding has outright hurt some of these efforts.

It seems like Google is starting to get the idea — at least, indirectly. While I think the Play Music transition probably has more to do with handing off the nightmare of licensing to YouTube and forcing greater integration between the two services as a way of cross-promotion, Play Movies & TV's new name is much more telling. It doesn't seem like Google's just handing things off to a different division, it just realized that it made better sense to brand the service together with the software: You watch Google TV on your Google TV. That might make the transition confusing while Android TV is still a separate thing, but in a few years the popular smart TV software will be ubiquitous with Google's way of selling you content for it, and that's a big advantage.

While the company can't leverage those same strengths with things like Google Play Books or the Google Play Store, I think cutting out "Play" in favor of direct Google branding makes a lot more sense. Half these services are abbreviated to lose the "Google" part of their names in plenty of places like the app drawer anyway, so just making it "Google X" is more recognizable for customers. Ask someone outside the tech bubble what company runs Play Books and you probably won't get the right answer. Furthermore, it's already worked before: Google News has been claimed to be "the world's largest news aggregator," and I doubt Play Newsstand could make that claim. 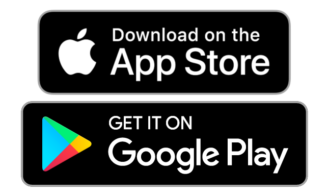 An "App Store" also explains what it is. What the hell is a "Google Play?"

Google has also said it will be loosening the reins when it comes to alternative app stores on Android next year, and that could mean the Play Store will finally have to compete with other app sources. (Yeah, sure, you can sideload apps on Android, but Google's Play Services bundling with basically every OEM and deeper system integration makes it a defacto monopoly with functionality on Android no one else is allowed to get.) If and when that happens, Google's incumbent Play platform could end up with some big-league competition, and I think rebranding things sooner rather than later would give it time to build better recognition, a minor edge in the coming race.

Ask someone outside the tech bubble what company runs Play Books

The Play Store is also a more serious subject than a name like "Play" implies. Literally billions of dollars flow through it, and plenty of independent developers make their living through Play Store apps and billing. This isn't "Play," it's work, and familiar as I am with Google's Play Store developer-support woes, I even take an entirely different meaning from the branding: Google can't take any of this seriously.

On top of any pragmatic points, there's also one last and more fundamental argument. Losing the Play branding is more thematically appropriate for the sort of company Google is now. Once upon a time, Google was a "fun" company — not just for its employees, but for the sort of public image it projected. Android releases had tasty treat names and wildly impractical statues, and the company took more of a spaghetti-on-the-wall approach to basically everything. But those days are long gone — at least, on our side of the fence looking in. And we can't blame Google; it clearly wasn't a sustainable strategy. But while it might not be a bland and boring suit-and-tie corporation yet, it feels a little closer every day, and a name like "Play" just doesn't jibe with Google's current image.

With more apps and services losing Play branding this month, I think it's time for Google to pull the band aid entirely off and kill "Play" altogether.

Google's Daydream is over — the VR platform is dead