Google just had its Launch Night In event last morning, but the company isn't slowing down when it comes to announcements. In one of his rare blog posts, CEO Sundar Pichai has shared that Google News is partnering up with publishers to create a new format for insightful feature stories: Showcases. The company seems to be very serious about this effort, as it's initially investing $1 billion to get these partnerships off the ground.

Showcases are made up of cards that publishers can customize with various layouts: a collection of related articles, a timeline of events, or key bullets. Components like videos, audio, and daily briefings are slated to come next. Showcases will even make it to other Google products like Search and Discover (the leftmost homescreen on many Android phones) at some point. 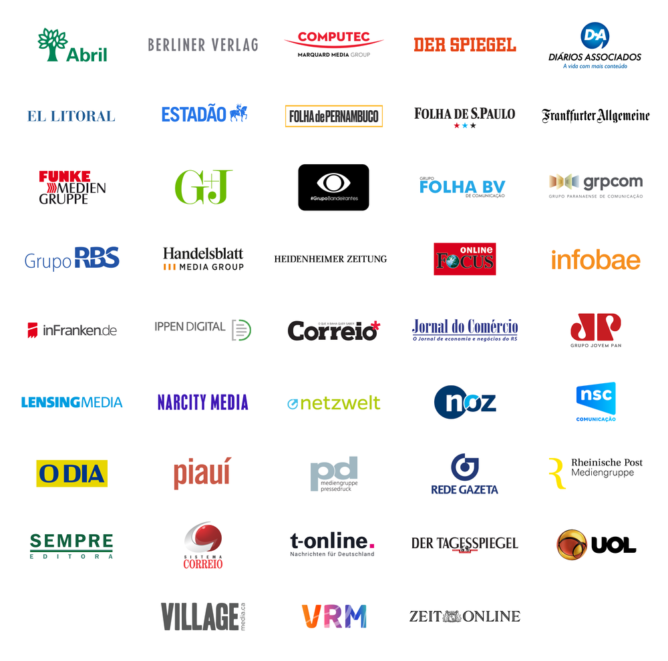 A selection of some of Google's launch partners.

Google has partnered with about 200 renowned publications across Germany, Brazil, Argentina, Canada, the U.K., and Australia. As Showcases get more features, Google is looking to work with many more publishers, starting with some in India, Belgium, and the Netherlands. Notably, the U.S. is missing here. Maybe the effort is aimed to appease news outlets in these countries? Google is in quarrels with publishers over revenue sharing in India, Germany, all of the EU, and Australia, among others. 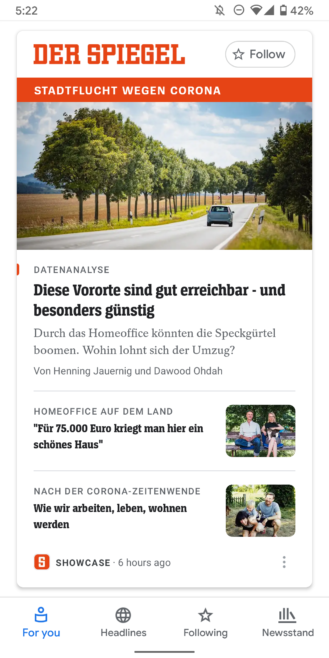 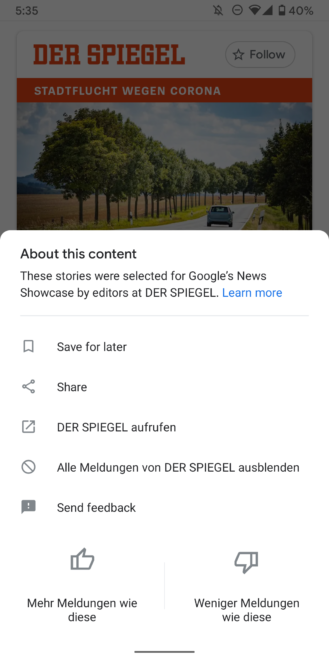 The feature is first rolling out in Germany and Brazil today and will come to other countries "over time." I personally can already see a Showcase from German magazine Spiegel, consisting of a series of articles covering urban exodus amid the coronavirus pandemic. Swiping left or right to see more Showcases isn't possible, and when I refreshed the Google News homepage, the Showcase disappeared without a trace. Hitting the "Save for later" button in the three-dot overflow menu in the bottom right corner of the card only saves the first, headlining story, so there's still work to do until Showcases are fully fleshed out.

Ask us anything about the Chromecast with Google TV (Q&A)