The 5G-compatible follow-up to Google's Pixel 4a is now official. Sporting similar internals and the same camera as Google's Pixel 5, the 4a 5G has a bigger 6.2" OLED display, 3,800mAh battery, and even a headphone jack, all in a not-too-big plastic body. It might not have the more expensive Pixel 5's 90Hz display, but it's a big step up from the already amazing Pixel 4a, and it costs $499. We've got all the official specs below.

A Google spokesperson tells us the 4a 5G will be available on November 19th in the US from the Google Store and other retail partners.

Google says the phone will be available on November 19th, though you can join the waitlist on the official product page right now.

Google has published a comprehensive table of 5G support for the phone here. In short, it should work on all US carriers' sub-6GHz 5G networks, but mmWave support will be exclusive to Verizon.

That Verizon variant will be called the Pixel 4a 5G UW, and while it will support the carrier's mmWave network, it's priced at $600 — $100 more than the unlocked variant. Verizon says pre-order for the 4a 5G UW will begin on October 29th. 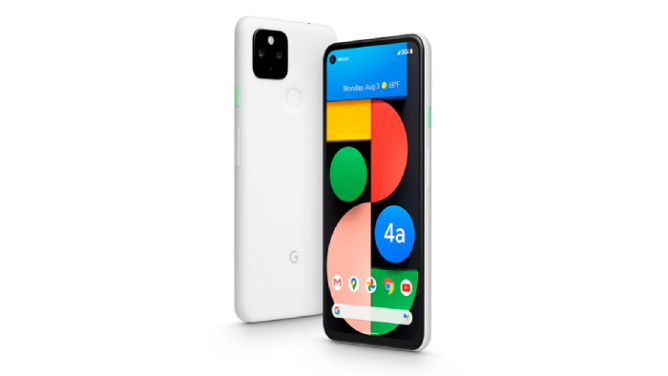