Most people use media streaming devices with regular Wi-Fi connections, but as 4K video and cloud gaming become more popular, wired internet is always a good option to have. There was some concern that the upcoming Chromecast with Google TV dongle wouldn't support Ethernet at all, but Google has now confirmed it will — with a catch. 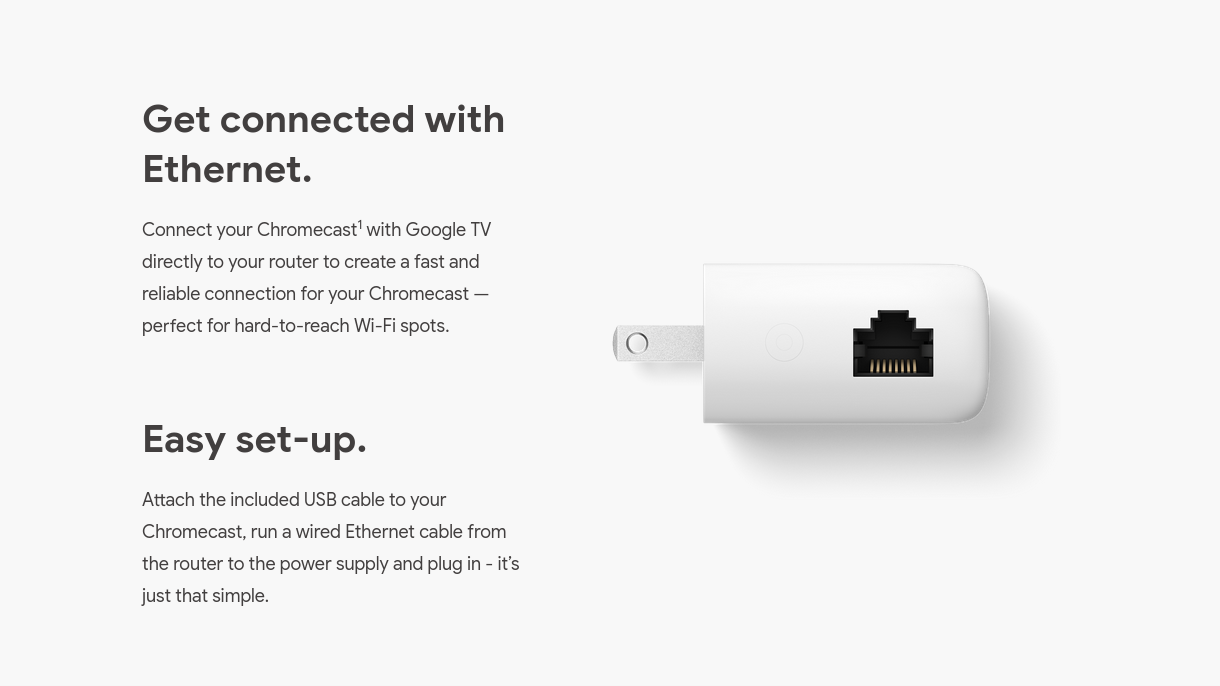 While it's true there is no Ethernet jack on the power brick that comes with the Chromecast, Google has listed a separate power adapter with the connector on the Google Store. It costs $19.99, and the estimated shipping date is currently in October. You can buy it from the link below.