At first blush, I thought Hot Wheels Unlimited looked like an enjoyable children's game where kids can create courses to race on with their favorite Hot Wheel vehicles. Sadly this game is simply a shallow, boring, and cheaply developed cash-grab, just like the rest of Budge Studios' catalog. It would seem this developer has a knack for shoving Mattel properties into the lowest-quality games possible, and so Hot Wheels Unlimited's content is gated primarily behind a monthly subscription ($4.99) as if the quality of this casual racer is actually worth such a ridiculous price. It isn't, and this game should be avoided.

The trailer above offers a glimpse of what Hot Wheels Unlimited has to offer, but like most trailers, it doesn't tell the full story. Once you jump into the game, you'll quickly notice that it controls like Mario Kart Tour, but worse. You'll slide your thumb on the screen to move an arrow that points your car in that direction, which is a little too sensitive on my OP8 and RM5S, though you can get used to this sensitivity with time, not that it's worth it.

Of course, the lame controls are the least of Hot Wheels Unlimited issues. Firstly, the racing is subpar. Not only do you have zero control when boosting (the only way to win races), which often results in your car slamming into a corner, I've noticed the CPU warping into a position in front of me several times, in the worst case of rubberbanding I've ever witnessed in my 35 years of gaming. This means you're not actually racing against the CPU since it can jump in front of you at a moment's notice, squarely revealing that skill is not required in this title.

Then there is the title's monetization. Hot Wheels Unlimited is a free-to-play release, and it does contain in-app purchases that range up to $6.99, but the most important in-app purchase is the monthly subscription that's priced at $4.99. Worse yet, you can only race three courses for free each day, so the majority of this game's content is gated behind a monthly sub. While you can build your own tracks for free as much as you want, the unlockable track pieces that make this mode enjoyable are also gated behind that monthly sub. So essentially, unless you pay up, there's nothing to do.

On its own, this subscription model isn't that bad, and while gating content behind a sub in children's games isn't unheard of (though it's definitely distasteful), the fact Hot Wheels Unlimited plays more like a shallow and forgettable flash game where pushing two buttons is the only goal is what really calls into question the monetization of this title. The racing is extremely poor, the cars clip into the track, opponents jump positions randomly, the graphics are subpar, and there seems to be no point to this game other than paying to unlock new cars and track pieces by grinding through the title's monthly sub. Hot Wheels Unlimited is a cash grab, clear as day, but if you'd like to take a look for yourself, you can grab the free install from the Play Store widget below. 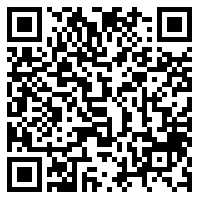