Google's Pixel 5 is official. The long-awaited flagship was formally announced after months of leaks at Google's Launch Night In event, packing the expected Snapdragon 765G, a 6" 90Hz OLED display (with perfectly symmetrical bezels!), and the always-amazing Pixel camera, now sporting a wide-angle secondary rather than last year's telephoto. That's all starting at $699 — a little more than we were hoping. Pre-orders are open now, though ship dates are a bit far out (over a month here in the US). 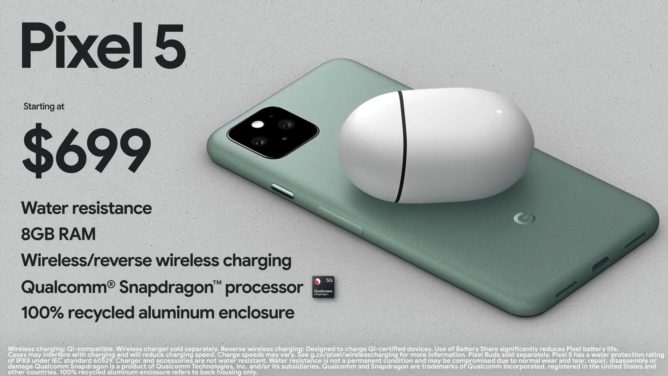 It wouldn't be a Pixel without Google's software treatment, and the company was quick to highlight (presumably non-exclusive) software benefits bundled into its first-party apps like YouTube Music, Stadia, and Google Duo that better leverage the 5G connection provided. There's also an Extreme Battery Saver mode that lets you further optimize battery life with an app whitelist, and Google claims it can stretch things out up to 48 hours. As per yooj, you get three years of updates — security and OS until 2023.

The phone cuts down a few specs compared to last year's Pixel 4, giving up things like Soli and face recognition in favor of the more tried and true fingerprint sensor. Though it's being launched alongside the 4a 5G, the Pixel 5 has a smoother display, IP rated water resistance, a bit more RAM, wireless charging (with reverse wireless charging), and a more durable aluminum body. Both phones have the same camera configurations though, including a move to a secondary ultra-wide camera compared to last year's telephoto. 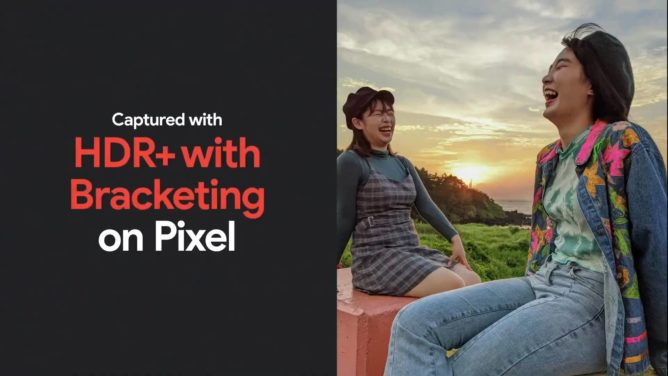 Camera performance is allegedly improved. Google claims it's overhauled its already great HDR to leverage bracketing, and Night Sight will now work with Portrait Mode. Google's camera is also getting a new feature called Portrait Light that lets you play lighting after the fact, moving it around as a source in ways that can interact with highlighting. In fact, you can even do it for photos you took before this was even announced, which is pretty cool.

Video capture is also picking up three new forms of stabilization: Locked, Active, and Cinematic Pan. The last one was tuned specifically to make "the everyday look like a movie," heightening the drama of otherwise mundane recordings with a slow-down effect in addition to stabilization. Of course, this is on top of all the existing Pixel camera features that debuted over the years, including Super Res Zoom, Night Sight, Top Shot, etc. 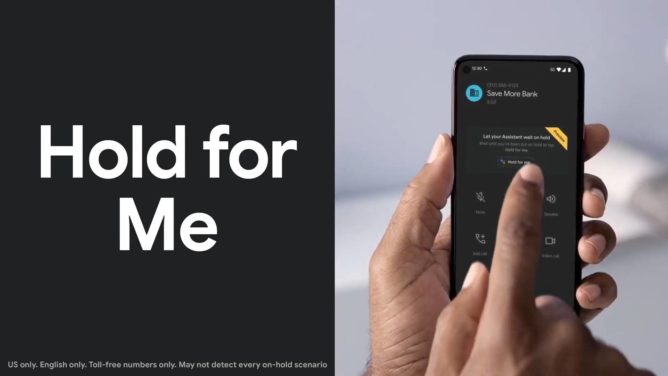 When it comes to Google's snazzy Assistant-based functionality, the Pixel 5 has a new Hold For Me feature. Like Call Screen and Duplex, it makes dealing with phone calls even easier; the Assistant will wait on hold in your place and let you know when you're needed back on the line.

Note that there isn't a so-called "Pixel Neural Core" included in the Pixel 5, so presumably, Google's snazzy on-device machine learning tech for things like the new Assistant and real-time actions has been moved fully into the chipset's built-in hardware.

The Pixel 5 is available in most countries starting on October 15th, though folks in the US and Canada have a longer wait until the 29th. Prices start at $699, with pre-orders open now at Google's storefront. (Although Google says "starting at," there's only one size and price we can see.) It comes with three months of Stadia Pro and YouTube Premium, 100GB of Google One Storage, plus Play Pass and some undefined quantity of Play Points. Pricing is a little higher than we hoped, and Google faces some stiff competition, especially with Samsung's new Galaxy S20 FE. Look forward to our review to see how it stacks up.