Like practically everything else at today's Launch Night In event, Google's new speaker, the Nest Audio, was leaked extremely thoroughly. We learned the name early and we had a good idea of the $99 price tag weeks ago. It's turned up in stores, and it even got an early unboxing. But now, finally, it's official.

The Nest Audio is set to replace Google's original smart speaker, the Google Home, which has enjoyed nearly a four-year tenure as Google's default audio device. Its newfound Nest branding is more in line with Google's recent smart home tack, and its oblong shape and fabric-covered exterior more closely mirrors Google's other speakers, the Nest Mini and Google Home Max (which is surely due for a new name itself any time now). It comes in five colors: Sage, Sand, Sky, Chalk, and Charcoal. 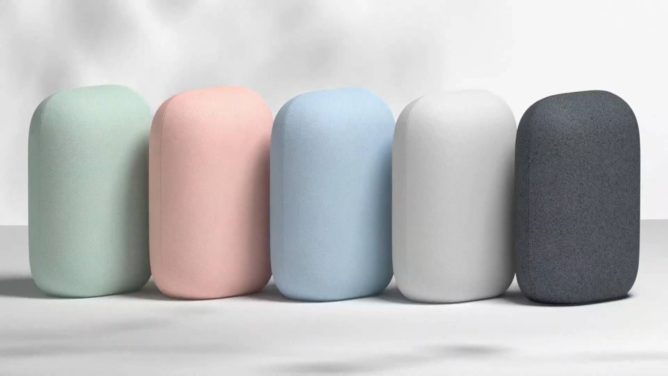 Google says its goal was to make the best speaker for music possible at the $99 price point, and that the Nest Audio's got a 19-millimeter tweeter and a 75-millimeter mid woofer and delivers 50 percent more bass than the original Google Home — and 75 percent more volume.

You'll be able to pick up a Nest Audio at starting October 5 for $99. It's planned to be available in 20 territories, and it's up for pre-order here: