Google's new Chromecast with Google TV was just formally revealed at the company's Launch Night In event, but there's one noteworthy caveat: You can't power it with your TV's USB port. Unlike prior Chromecasts, it just sucks down too much power, so you'll probably need to free up another outlet behind the entertainment center. 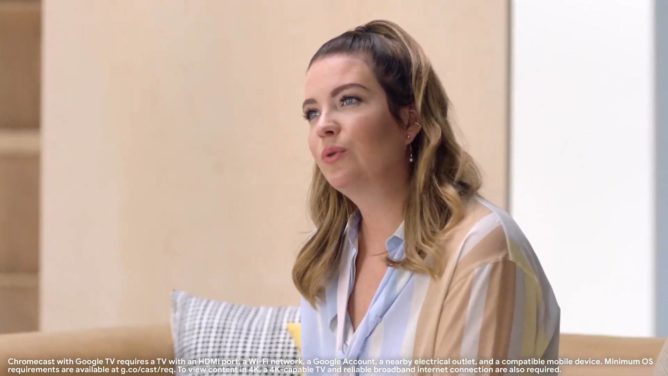 Note all the fine print on the bottom here: "Chromecast with Google TV requires.... a nearby electrical outlet."

Google stated that "a nearby electrical outlet" would be a requirement during its stream (in the fine print on the bottom of the screen during a specific scene), and we have separately confirmed in our own testing that the Chromecast spits a warning message when you supply too little power. AP's own Ryan Whitwam ran into this issue trying to use his TV's USB port as a source of power for the dongle: It just couldn't spit enough. 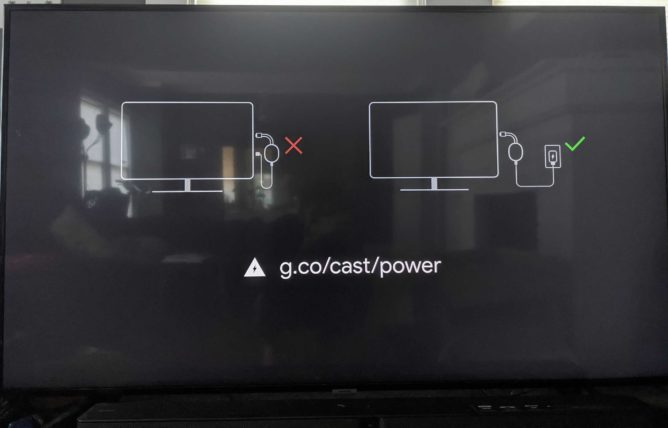 This is what you'll see if you try to use your TV as a power source.

Google's published specs don't state how much power it needs, but most TV USB ports have trouble pushing past one amp at 5V, and odds are that includes yours, so you should plan to have another way to plug it in. Thankfully, it comes with a sufficiently powerful wall wart; you just need somewhere to plug it in.