Motorola became one of the first device makers to sell a foldable phone when it launched the Razr in early 2020. It's already time for the sequel with better specs, design, and features. It's also a little cheaper, and it won't be exclusive to Verizon. Even without the device in-hand, it sounds much more appealing than the first-gen. Although, it's still a $1,399.99 phone with mid-range specs and unproven display technology.

The latest Razr has a 6.2-inch (876 x 2142) foldable OLED inside with Motorola's fancy hinge that minimizes the appearance of the crease. The company says the hinge should last 200,000 folds or more, which is the equivalent of dozens of flips per day for five years. The back panel is Gorilla Glass 5, as is the external display. The internal one, however, is plastic—there's no ultra-thin glass layer a la Samsung. 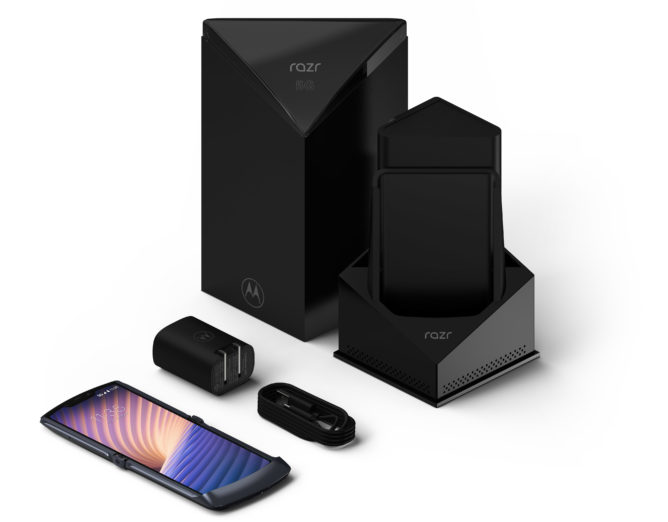 The device also looks better this time around. The chin is much less chunky, and the phone is sleeker overall with that curved glass back. The fingerprint sensor has moved from the chin to the back of the phone, too. On the front, there's a 2.7-inch (792 x 600) external display. Motorola worked to improve this so-called "quick view" experience here. It has the full Peek Display functionality like other Moto phones, so you can manage notifications without opening the flip. You can even open apps and type message replies on the quick view display. Not all apps will play nice with a 2.7-inch screen, though. 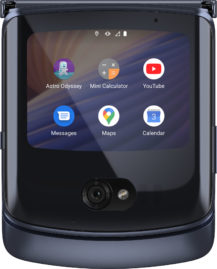 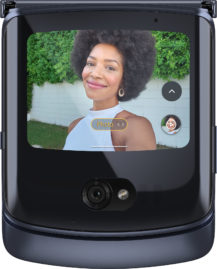 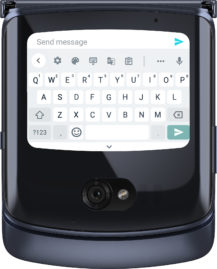 The last Razr was a Verizon exclusive, and it only had 4G. With the 765G, the new Razr has sub-6 5G support, and it's fully unlocked. That means you'll be able to head over to Moto's site (or other retailers like Amazon) and buy it for use on almost any carrier—it'll have 5G support for AT&T and T-Mobile out of the box, but you'll have to wait for Verizon's low-band rollout before the Razr will get 5G there. It'll be fine on 4G in the meantime... maybe even a bit better.

Motorola doesn't have a specific launch date in mind, but the new Razr should be available this fall in gold, black, and silver. In addition to the unlocked phone, AT&T and T-Mobile will sell their own versions. Motorola promises two major OS updates, so it should get Android 11 in the near future, followed by Android 12 next year. Security patches will be every other month for two years.

Motorola has finally announced release details for the new Razr. If you want the unlocked phone, it'll be available on October 2nd via the Motorola store, Amazon, Best Buy, and B&H. This device won't cost the full $1,400 at launch—all the official retailers will knock $200 off the price, but you can get a bigger discount if you go through the carriers.

On T-Mobile, new customers and new lines can get the Razr half off via monthly bill credits for 24 months ($700 cost total). However, you also have to trade in an "eligible" device (we don't know what devices are eligible yet). Current T-mobile customers can get $400 off with bill credits ($1,000 total cost). On AT&T, you can get 50% off when you port your number over to AT&T. Existing customers get $400 off when adding a line or $300 off when upgrading an existing line. AT&T also has the exclusive on the silver color (the three side-by-side images above). Everyone else has just gold and graphite.