Hot on the heels of the redesigned Gboard that's popping up on some people's phones, Google is also rolling out a new look for the keyboard on Android TV, as spotted and confirmed by multiple Redditors. It's the design the company teased when it launched instant apps and PIN-based purchases on the platform.

Compared to earlier versions of Gboard for Android TV, the new design doesn't stretch all the way to the sides of the screen anymore. Instead, it's a centered overlay at the bottom of your TV that resembles Gboard for Android and iOS, looking much more natural than the overblown keys of old. 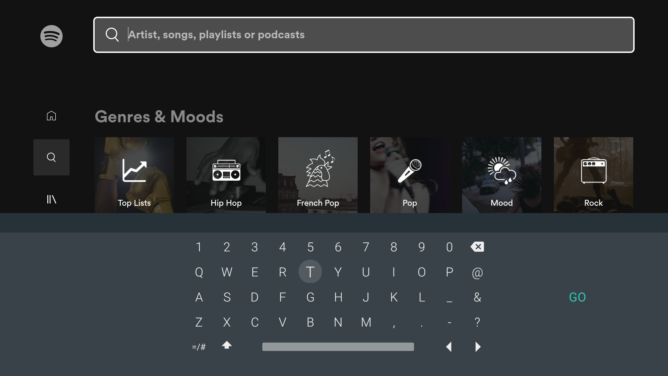 You'll also notice the new speech-to-text button at the top of the keyboard, which will make text input via the remote so much easier whenever app developers haven't implemented voice-typing themselves (looking at you, Spotify). Google has additionally announced less specific "predictive typing" improvements, though it remains unclear how these will pan out in practice.

The update appears to be rolling out via a server-side switch, so installing a new version of Gboard through the Play Store unfortunately won't make the new design magically appear for you. It's still a good idea to keep your software up to date, and if you're in for some tinkering, you could even try to sideload the latest Gboard version for Android TV on APK Mirror using our official installer app.

Xiaomi's first Google Assistant speaker looks like a Bose, costs a quarter of the price