Amazon has announced the dates for this year's Prime Day event — it'll kick off on Tuesday, October 13 at midnight and run until the end of Wednesday, October 14. The annual shopping extravaganza is Amazon's way of stealing Black Friday's thunder, and the prices are often even better, so the organized among you can get you Christmas shopping done by mid-October.

The event is open to Amazon Prime subscribers in various locations across North America, Europe, the Middle East, and Asia, with Turkey and Brazil joining in the fun for the very first time this time around. In a bid to encourage spending and support small businesses, Amazon is offering $10 credit to members who spend $10 on items sold by select smaller retailers on the site between now and October 13. Products sold by small businesses will also be highlighted during the event via Amazon Live.

Early deals on Amazon products such as Echo, Fire TV, Fire, Amazon Music, and Kindle are already going live, just to get you in the mood. For example, you can get two 3rd-gen Echo Dots for $39.98 right now. Thousands of deals will go up during the two-day period, with many available for the whole time and others that come and go in a flash — so you may have to be on the ball to get what you want. We'll have plenty of coverage here on the site, of course, so we'll do our best to surface deals relevant to everyone who reads AP. Keep an eye out.

To make sure you don't miss any upcoming deals, you can install the Amazon app (below), watch deals, and enable deal alerts on for them. And remember, you don't have to be an Amazon Prime subscriber prior to the event — simply sign up for a free trial or re-enable your membership for a month if you want to get involved. 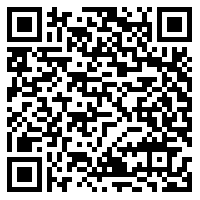