We've gotten a few sneak peeks over the past couple of weeks of what the Pixel 5 might look like in full. The indications are there to say that Google is completely done with the dual-tone back design. But one should never turn down a venture into an alternative timeline — so it doe looks like with this one picture of what appears to be a Pixel 4a 5G prototype from Vietnam. 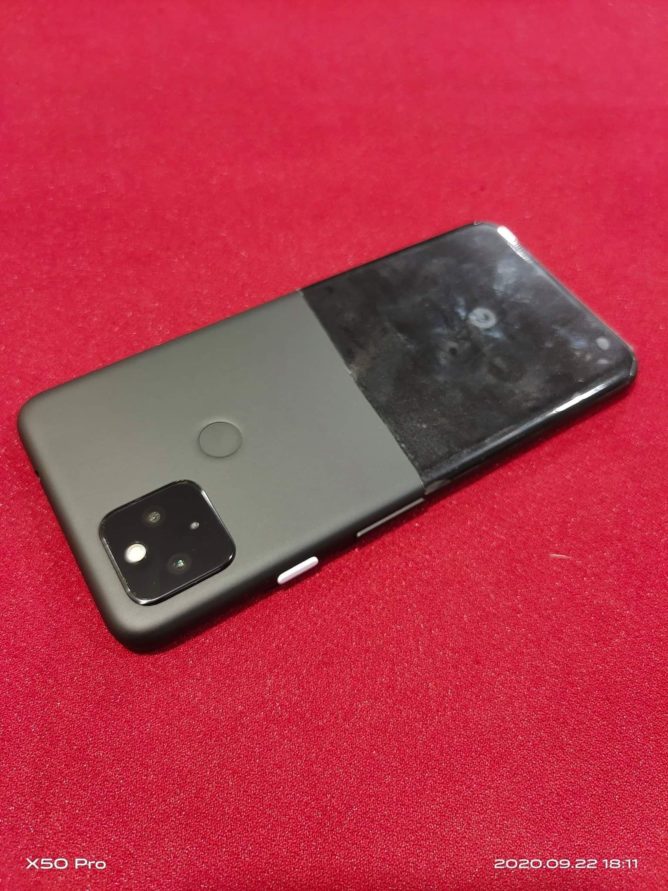 The image of what is identified as a Pixel 5 came with a description saying that a few people in Vietnam, an eminent tech manufacturing hub, have been testing the device. However, discussion down the comment thread characterizes this design as a prototype-stage reject. Recent intel tips that phone's rear design to be monotone.

Yes, the first three (and a half) series of Pixel devices went with contrasting matte and glossy portions, but unlike those phones, this one has the matte half at the top with the cameras and the glossy — be it plastic as on the 3a or glass on the rest of them — one at the bottom. We're not quite sure if the phone would use glass to bolster 5G reception or include wireless charging — who knows how much cost that will ask for with Google's announced MSRP of $499. Most importantly, there's a notch at the top edge of the device that looks likely to host a headphone jack.

9to5Google posits the theory that this could be a Pixel 4a 5G prototype instead (with the insistence that this draft got binned) and, indeed, there's an argument to be made that an upgraded 4a deserves some differentiation.

If this is actually going out to decently-sized testing groups (or if test devices are just being disposed of in this rather senseless fashion), we might have a solid product candidate here. Whether it's good design or not, well, let's just say we're waiting for a final draft.