The OnePlus 8T is scheduled to be revealed next month, which means OnePlus is probably looking to sell off its last remaining current-gen phones. You can now get the 256GB version of the OnePlus 8 for $699 on Amazon and the company's own store, a $100 discount from the usual price. 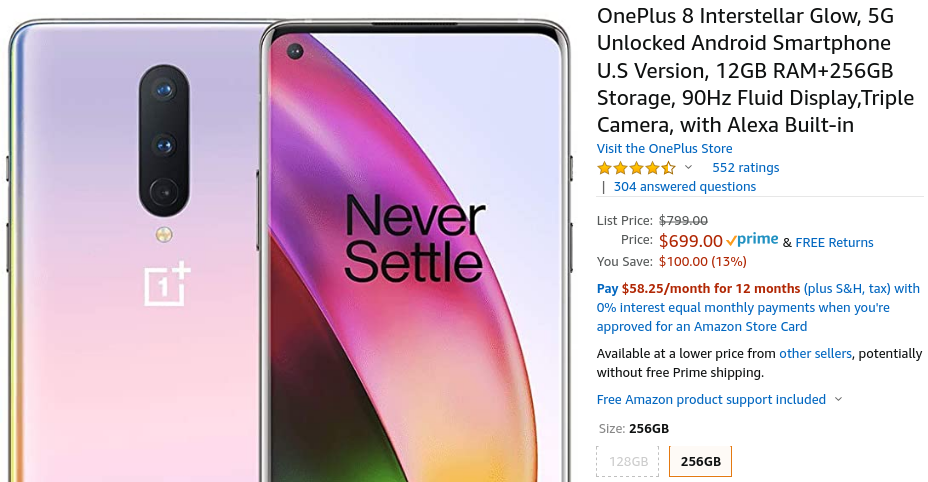 We gave the OnePlus 8 a 7.5/10 in our review for its fantastic screen and good performance, but the lack of wireless charging and typical edge touches from the curved screen are notable downsides. The macro camera also isn't that useful, but the main lens still works well.