Carrying several devices can be dreadful, especially when their batteries run flat. Thankfully, RAVPower's got you covered with its 26,800mAh power bank, which can charge up to three devices at the same time at high speeds. The product usually sells for $60, but it's now down to just $45 thanks to an on-page coupon. 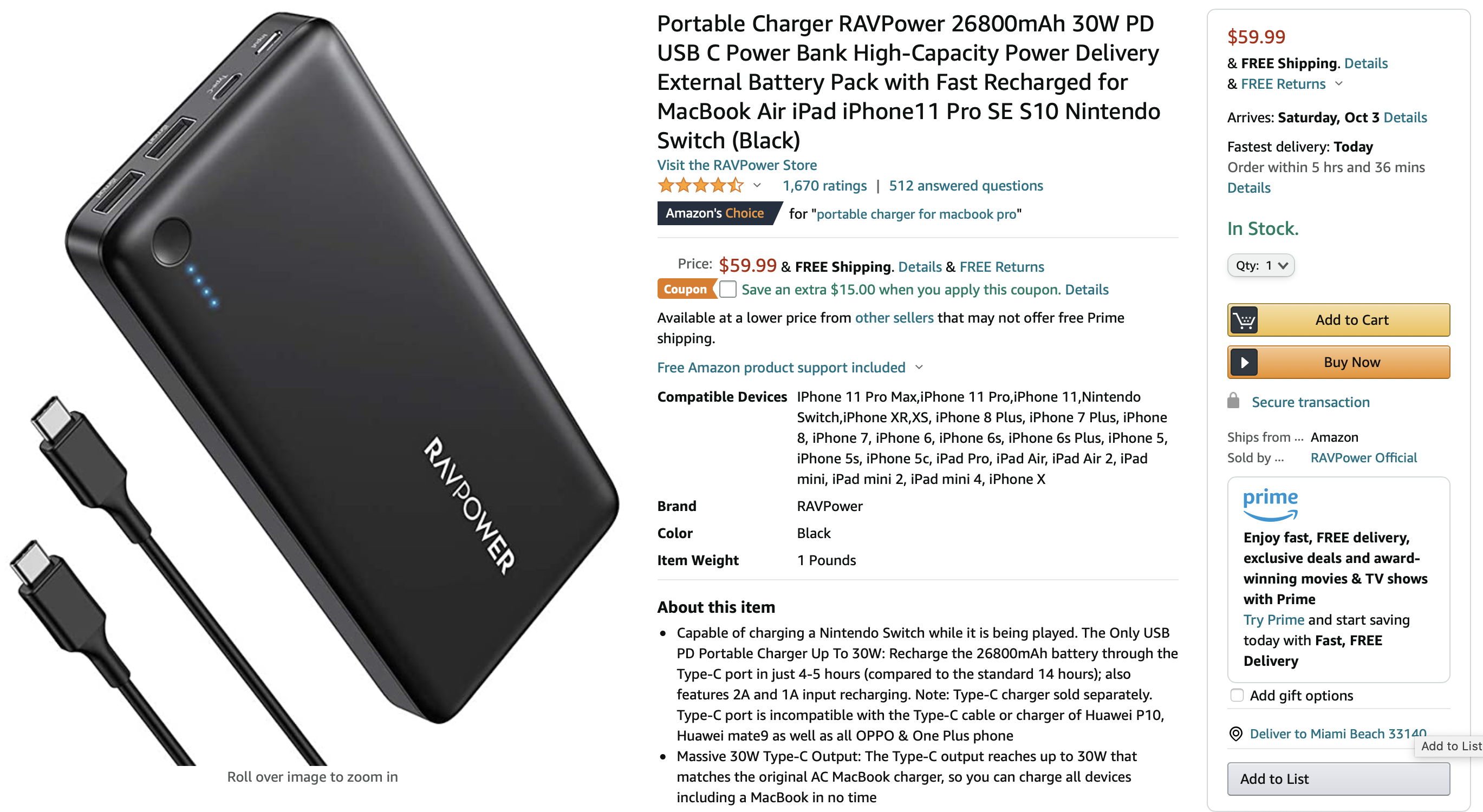 The device features two standard USB-A ports, together with a Type-C one that can deliver as much as 30W, which is enough to charge a laptop, including MacBooks. Its high 26,800mAh capacity means it can fill up a Galaxy S10 about five times. The battery itself can also be charged over USB-C in just about four or five hours, making sure it's got you covered for your outdoor adventures.

This battery usually costs $60 on Amazon, but you can save $15 on it and effectively pay $45 by applying the on-page coupon before adding it to your cart. It's not the first time the power bank is discounted, but this is one of the lowest prices you'll pay for it. The device ships with a USB-C-to-C cable, two MicroUSB cords, and a travel pouch.