LG may not move as many units as Samsung or Huawei, but its recent Velvet flagship brought some interesting things to the table. The company's latest phones aren't quite as luxurious in name — the K62, K52, and K42 (pictured above) are value-oriented devices aimed at lower price brackets. But just because they don't cost as much doesn't mean they won't be worth checking out.

The three new phones are part of LG's K series lineup, which means they're budget-friendly options that bring some premium features to lower price points. They're a lot like the K series phones released at the start of 2020, but with  tweaks like larger displays, side-mounted fingerprint readers, and centered hole-punch selfie cameras.

The K52 and K62 are the meatier models here with 4GB of RAM and a slightly more powerful octa-core chipset. They have quad cameras with wide-angle, macro, and depth sensors to compliment the 48MP main lens. Unlike some other entry-level options, LG hasn't skimped on the details here; these phones have NFC, Bluetooth 5.0, and USB-C ports. 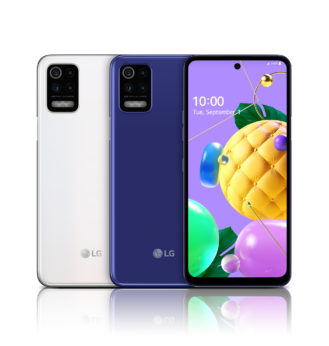 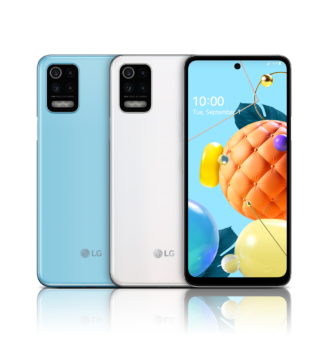 The K42 loses the spec war between these three new phones, but it's still strong enough to stand on its own for the right user. It's got the same 6.6" display and 4,000mAh battery, but saves on costs by downgrading the amount of RAM, storage, and camera resolution. It still manages to pack a USB-C port in, though — looking at you, Motorola. 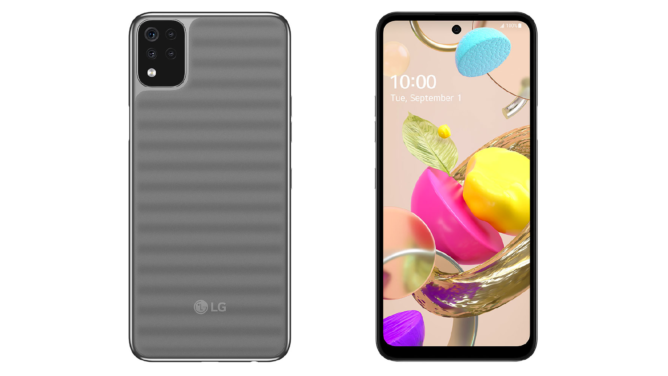 While none of these phones are revolutionary gamechangers like the Microsoft Surface Duo or Samsung's Galaxy Z Fold2, they're still solid-looking budget devices that should be plenty powerful enough for the average smartphone user. All three models go on sale next month in Europe, with Asia, Latin America, and the Middle East to follow later.

SEOUL, Sep. 24, 2020 — LG Electronics (LG) is expanding its 2020 K series lineup to offer premium design with upgraded features and functionality at price points everyone can appreciate. The new LG K series models – LG K62, LG K52, and LG K42 – will be available starting next month in Europe followed by key markets in Asia, Latin America and the Middle East.

All three new K series models represent exceptional value and boast stylish designs that are sure to appeal to both LG fans and new users alike. The rear of the K42 sports a unique wave pattern that appears to change colors while a UV coating adds to the device’s premium aesthetic and protects against marks and scratches. The modern matte finish on both LG K62 and LG K52 creates a unique optical pattern that is fingerprint-resistant and all three phones come in a range of compelling colors that complement their stylish designs.

These new K series devices offer upgraded displays that elevate the entire user experience with each model featuring a 6.6-inch HD+ FullVision display in 20:9 aspect ratio. The front camera peeks out through a minimal punch hole and the entire front of the phones is surrounded by slim, unobtrusive bezels. On the audio side, LG 3D Sound Engine adds a greater sense of immersion, delivering authentic, detailed sounds optimized for the content being played.

With four high-quality rear lenses (Standard, Ultra Wide, Depth and Macro) in addition to the front-facing camera, the new K series devices deliver a content creation experience on par with much more expensive smartphones. Both K62 and K52 feature 48MP main cameras that capture brighter and sharper photos and videos, with the K42 featuring a superb 13MP primary lens. The 28MP selfie camera of the K62 allows for the ability to take great looking selfies with artistic blurring effects while the macro lens on all three models can capture superbly detailed close-ups without zooming.

Unique camera features add to the creative possibilities offered by these new K series phones. Flash Jump Cut takes four pictures at preset intervals to create an amusing stop-motion effect and AI CAM recommends the optimal settings based on the subject matter that the camera sees. And with YouTube Live built into the camera’s interface, users can instantly share their lives with friends and followers any time.

The superior performance of LG’s latest K series models is built on solid, reliable fundamentals. A 4,000mAh battery provides long-lasting power for more time creating and consuming content on the go, while the build strength of LG’s smartphones ensures the durability needed for daily use, meeting the strict U.S. military’s MIL-STD-810G standards.