Nokia unveiled the 8.3 5G last spring, touting its first venture into unlocked 5G. However, Nokia didn't have any official plans to bring the 8.3 to the US at that time. Starting tomorrow (September 23), you'll be able to order the Nokia 8.3 5G unlocked in the US for $699. Too spendy? Nokia is also revealing two new budget phones, the Nokia 2.4 and 3.4. Those phones will be a mere $139 and $179, respectively.

The Nokia 8.3 is the closest thing Nokia has to a flagship phone right now. It's got a Snapdragon 765G, a big 6.81-inch display, and a whole mess of cameras and camera-like things.

The Nokia 8.3 5G takes a few steps toward the flagship phone space, but it skips some of the more expensive features. There's no telephoto camera, high-refresh screen, or mmWave 5G. In fact, the 5G situation is quite limited. You'll only get 5G on T-Mobile in the US. This phone is not certified for AT&T's network, and Verizon doesn't have any sub-6 5G yet. The Nokia 8.3 5G goes on pre-sale September 23rd on Amazon, but Nokia doesn't have a specific ship date. Apparently, it's confident it will have units ready to ship in a few weeks, though. It will come to Best Buy later, as well. 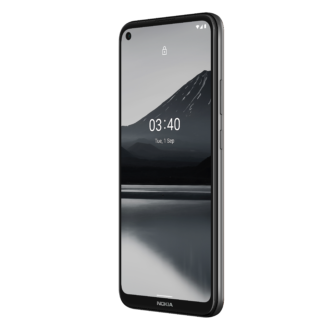 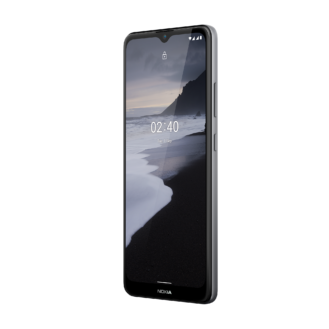 Nokia's other phones are toward the budget end of the spectrum, but this is the first time we've seen them. The 3.4 is, naturally, a bit upmarket from the 2.4 but well below the 8.3. Isn't Nokia's naming scheme fun? Here's what the 3.4 is packing.

The Nokia 3.4 isn't a 5G phone (obviously), but it offers a big screen with a hole-punch camera, big battery, rear fingerprint sensor, and better update support than you'd see in most sub-$200 phones. This device won't be available for purchase right away, but Nokia says it will launch unlocked later this year.

The even cheaper Nokia 2.4 will be available to purchase soon. Nokia says you can expect it to pop up on Amazon tomorrow and Best Buy in a few weeks, just like the 8.3. Nokia didn't specify the ship date, but we'd expect a few weeks here as well. When it arrives, you'll be stuck with a MediaTek chipset, just 2GB of RAM, a rear fingerprint sensor, and a microUSB port. Hey, at least it's got NFC.

Lastly, Nokia will launch its first true wireless earbuds "soon." They're called the Nokia Power Earbuds (below), and they'll cost $99. They're water-proof, charge over USB-C, and offer an alleged 150 hours of total playback time with the battery case. 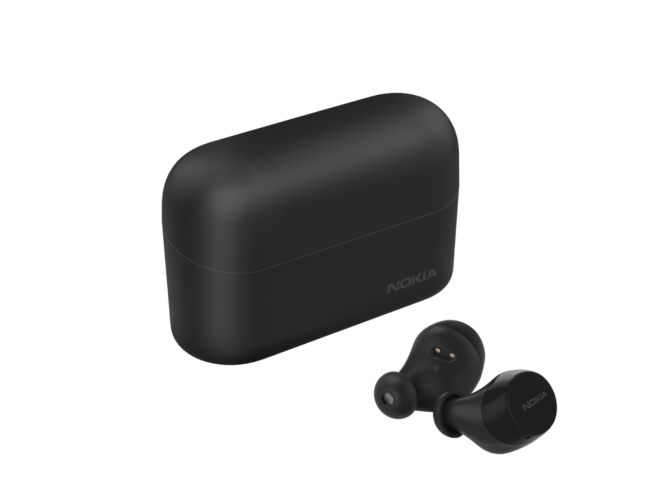 We expect to have some clarity on Nokia's vague launch dates in the next few weeks. If you're sure the Nokia 8.3 or 2.4 will fulfill your needs, get ready for the pre-orders to go live tomorrow.