LG's Stylo 5 launched almost a year ago with Android Pie. When we reviewed it, we noted the device had good design and amazing battery life, but its prospects for software updates were unclear due to LG's history. While the future's still far from certain, we're happy to see that LG is finally getting around to giving the phone a major refresh, with the company starting to turn the Stylo 5's Android 10 update loose on the wild.

Reports on Reddit indicate that the new OTA upgrade is available on multiple carriers, including at least Verizon and MetroPCS. The update brings with it the usual slew of Android 10 features like gesture navigation and advanced privacy controls. If it isn't available for your device yet, chances are it will be soon. 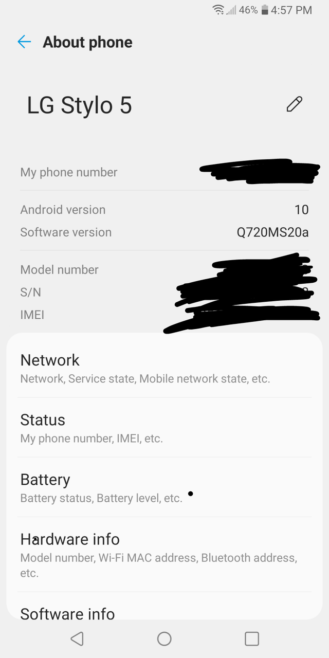 You might think that 10 months is a long time to wait for this, but consider yourself lucky. I shudder to think how long we'd be waiting if it weren't for LG's Software Upgrade Center working hard to give us speedy updates. Other devices from LG are waiting in line, and according to the company's roadmap, it will still be updating devices to Android 10 through the end of this year.

TmoNews reports from another Reddit thread that a T-Mobile Stylo 5 owner has gotten the update. No indication yet, though, that it's rolling out widely from T-Mobile's updates page. 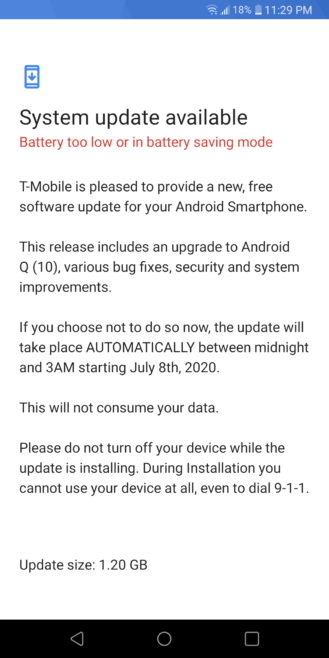 No word yet about any upgrades from Boost Mobile.

Verizon has published a support article for its version of the Stylo 5, explaining that an Android 10 update is finally available. The upgrade has a build number of Q720VS20a, and comes with the August 2020 security patch level.