If you're looking for a flagship-tier TV for your lengthening chain of movie marathons, but can't afford the giant step up to OLED, you have a chance to get pretty darn close with a clearance deal on Sony's 65" Z9F 4K HDR set at Best Buy.

You might see other TVs of this size and resolution at lower prices, but Sony says its Master Class series are worth every penny with its X1 processor and a boasted 12x contrast range with dynamic backlighting. Add in four HDMI ports, Android TV for all of your favorite content sources, plus compatibility with Google Assistant and Amazon Alexa, and it's what you expect out of a today's televisions. 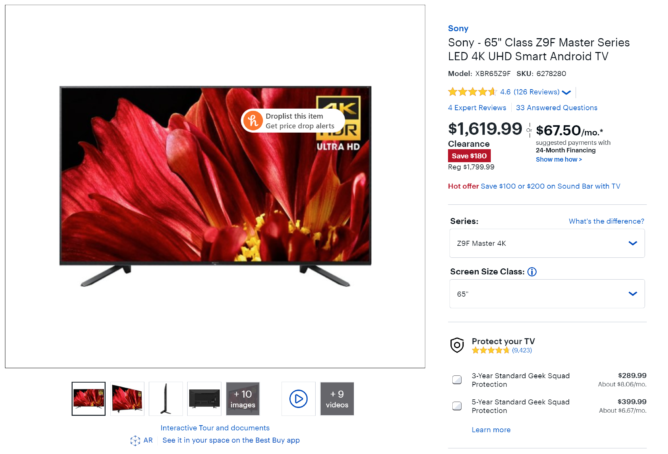 It's a big, bright rectangle that can outdo quite a few similarly-sized panels from today.