If you feel like YouTube Music (YTM) has been adding a new feature every other day, you're not mistaken. With Google Play Music going the way of the dodo soon, YTM has gone into overdrive to match it as much as possible before it's deprecation time. The latest addition is lyrics support on the web client.

Lyrics began showing up in YTM's mobile app on Android in February, then officially rolled out in May. On the web, though, they only began appearing on August 20 for a few people and are now rolling out widely to all users. A server-side test brings a new now playing interface with two tabs, similar to the mobile UI: The queue lives in one, while the lyrics show up in the second. 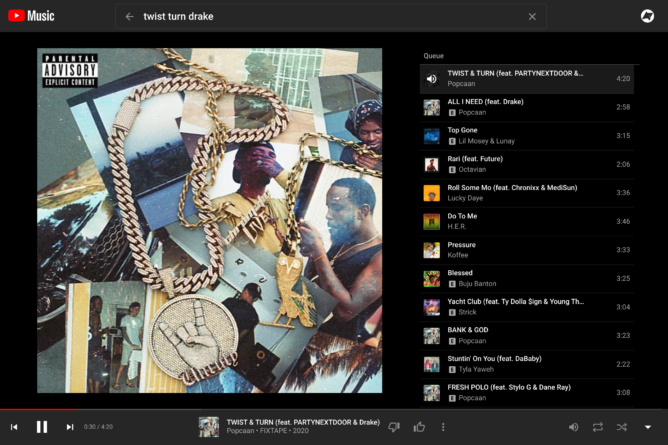 Above: Existing "Now Playing" interface only shows the queue. Below: New UI with Lyrics tab. 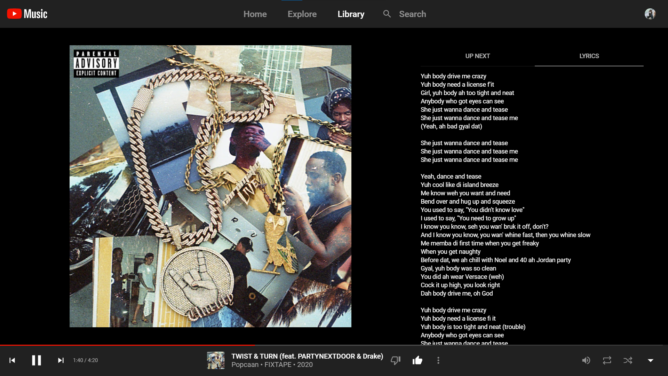 Since this is still a server-side switch on the YTM website, there's nothing you can do to force it, but we have reason to believe it's now live for everyone or at least rolling out much more widely. There's no word yet on lyrics support in the silly and limited Android TV integration, which would be just as useful as the web one if it ever showed up.

The post has been updated to mention that lyrics are now rolling out to more, if not all, users.