Some people get excited about new hardware and software releases in the fall, but it's important not to forget about the new emoji being brought into the world. Samsung's One UI 2.5 update incorporates the latest designs from Unicode 13, bringing us 116 new emoji, including boba tea, pinched fingers, and a really cute beaver.

There are 116 totally new emoji included in One UI 2.5 in total. Fan favorites like the crying smiley face, the anatomically correct heart, and a non-human piñata will now be available on Samsung devices once they receive the new update. 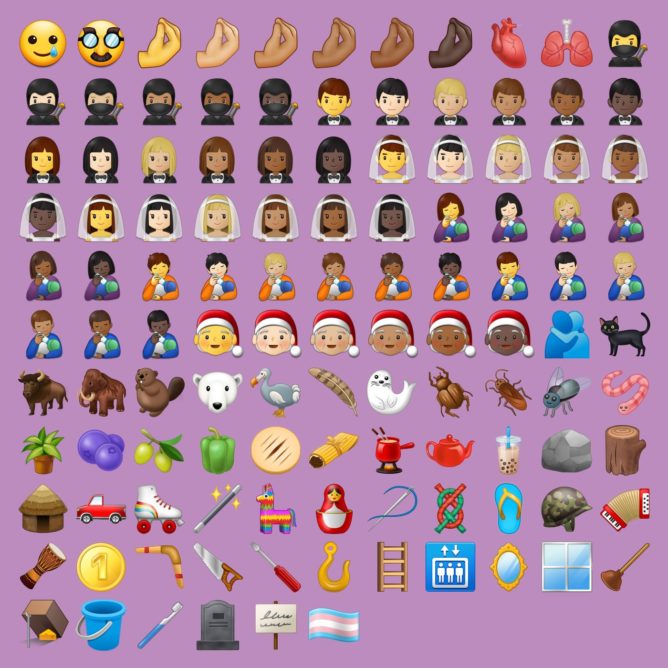 On top of these additions, many of Samsung's existing emoji have been redesigned to look more gender neutral when the emoji isn't explicitly meant to read as a woman or a man. Previously, if the person bouncing ball emoji was sent without a specified gender to a Samsung device, it would show up as a man bouncing ball. And the person getting haircut emoji would default to woman getting haircut for some reason. 🤔 Interestingly, Samsung now follows the same color formula as Google and Twitter: purple for woman emoji, orange for person emoji, and blue for man emoji. 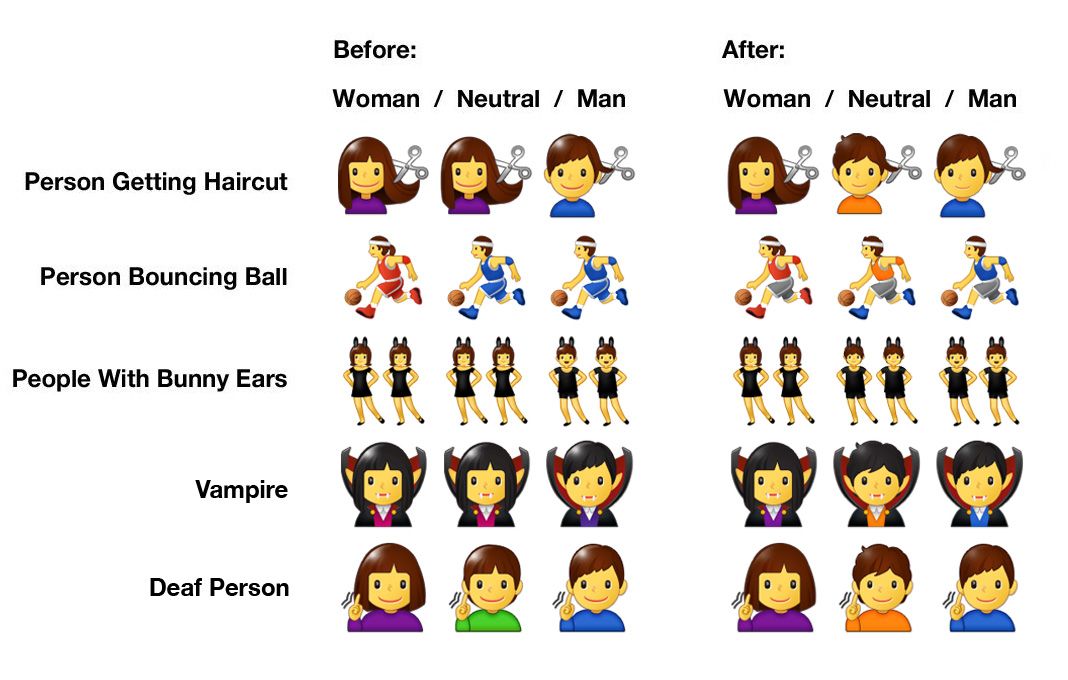 The gender non-specific deaf person loses their hair comb in One UI 2.5.

Smaller modifications have been made throughout Samsung's emoji set as well, like face with monocle getting thicker eyebrows and a mouth that's slightly ajar.

One UI 2.5 launched on the Note 20 series, but it's started rolling out to older Samsung phones as well. And if emoji aren't your thing, don't worry — there are plenty of other fun new features coming.