It's been a while since Google refreshed its Chromecast lineup, but the time is almost upon us. We've known about Sabrina for months, and details about branding, launch price, and the likely release date have been revealed. Now official product photography of the upcoming TV dongle and remote has leaked, and I like what I see.

The photos confirm that the dongle, codenamed Sabrina, and its matching remote will sport a clean, modern look with rounded edges and minimalistic design language. The dongle itself has a USB-C input for power and an HDMI connector for output. The remote looks to have a D-pad for navigation up top, and six buttons below for going back, navigating home, muting, and summoning Netflix, YouTube, and Google Assistant. Volume controls are on the right side of the remote. 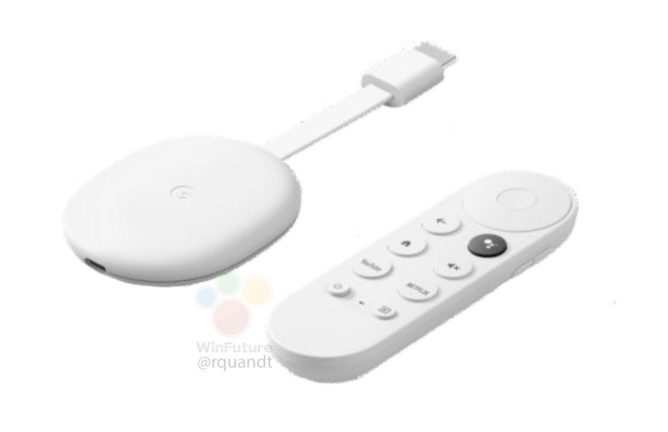 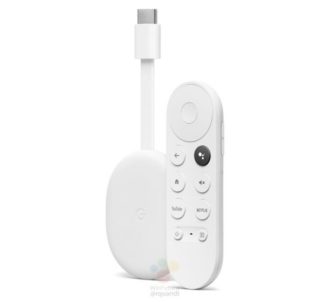 This may be the first device to give us a look into the future of Android on TVs, as the dongle is rumored to be branded as a Chromecast with Google TV and have a refreshed interface with a focus on content instead of individual apps.

Earlier leaks gave us a first look at the specs of the device. It will feature a quad-core processor, 2GB of RAM, and support HDR10, HLG, Dolby Vision, and an Auto Low Latency Mode. According to price leaks from several retailers, the device will sell for around $50-60 bundled with the remote.

It won't be long now until the streaming stick is officially unveiled at Google's event on September 30 — I'm excited to welcome Sabrina to the family.