Samsung announced a slate of new 5G-enabled devices at its Unpacked event last month, including new tablet offerings and the highly anticipated Galaxy Z Fold2, which we reviewed last week. The official release day for the Galaxy Z Fold2, Tab S7, and Tab S7+ is upon us, but some retailers offer better deals than others. 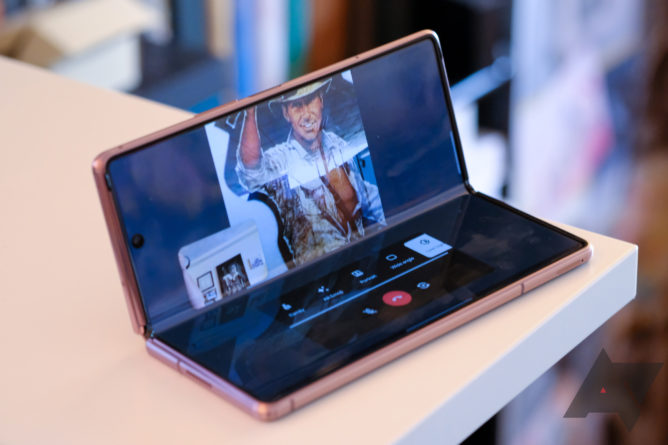 The star of the show here has to be the Galaxy Z Fold2. The foldable phone has been improved on Samsung's previous iteration in almost every way, from the tighter design to the improved specs. Ryne even worked from the Fold2 for an entire day and didn't hate the experience, so this is definitely a device for multitaskers and people who love getting things done on-the-go to check out. Here are the current deals for the major carriers — keep in mind each offer will have its own terms and conditions, and discounts usually come in the form of bill credits on monthly payment plans.

It's possible to save up to $800, but you'll have to activate with a carrier and trade in an eligible device to receive the full discount.

The company is offering savings of up to $700 to new customers of select Unlimited plans who trade in a phone in the form of a $150 Verizon e-gift card and promo credits. You can also save $100 on the Galaxy Watch when you bundle it with the Fold2 or another Samsung phone.

It doesn't look like AT&T is offering any special incentives for the Fold2 itself, but you can get a $50 discount on Galaxy Buds Live when you buy them with a Samsung phone like the Fold2.

Pre-orderers on Samsung's own website can get up to $800 off by trading in the Galaxy Z Fold or Z Flip, or $500 off with other phones, as well as getting Galaxy Buds Live and a Watch3 for only $250. It's also worth noting that if you buy the Fold2 and return it in good condition within 20 months, Samsung will give you $1000 buyback value to use toward another phone. If you're invested in sticking with Samsung, this isn't a bad option. 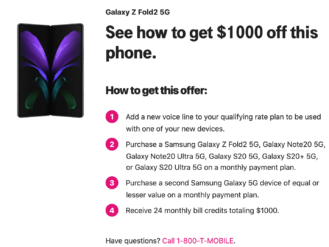 Two offers to choose from here: buy one Fold2 and get the second one for 50% off with 24 monthly bill credits when you activate a new line, or get $500 off a single device with eligible device trade in. And if you buy an eligible Samsung device like the Fold2 along with a MOGA XP5-X+ controller, you're eligible to receive 3 months of Xbox Game Pass Ultimate for free.

Android tablets may be pretty yucky to use, but these are the first tablets with 5G, so that's kind of cool, I guess. They have 120Hz screens, big batteries, and styluses included in the box. The S7+ has the bigger battery and screen, but otherwise, they're close to identical. If you want something that's bigger than a phone, more conventional than a foldable, and isn't an iPad — these might be your best bet for now.

Best Buy is offering 50% off a matching keyboard case with pre-orders of either tablet.

If you trade in an eligible tablet, you can take up to $200 off either device. And if you buy an Android phone, Verizon will knock up to $150 off the price of an S7 series tablet if both devices are on a payment plan.

Nothing special here; the company isn't even selling the larger Tab S7+. You can get the $50 off Galaxy Buds Live offer bundled with the standard Tab S7, however.

Trading in an eligible device will save you up to $450 with "enhanced" trade-in values.