Google has been working on a Gboard redesign for more than two months now, and it looks like the company is finally starting to roll it out to the first few beta testers currently using version 9.8.07 of the app. The new look trades the Roboto font for Product Sans and fits the latest revisions to Google's Material Theme much better.

The new design is most apparent when you have key borders enabled in Gboard's theme settings. The gray in the background has been replaced with white, and the keys have gained an ever-so-slight gray tint — they don't stand out as well as they did before. Shift, backspace, the number switcher, and enter have become a few shades of gray darker, and the accent color of old is gone. Similar changes have been made to the dark theme, which now sports an all-black background and gray keys. Functionally, everything remains the same. 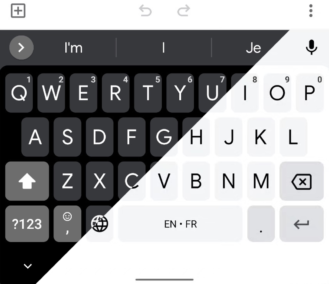 The design previously leaked as part of an APK teardown.

Unfortunately, the changes appear to surface via a server-side switch, so even if you install the latest Google keyboard beta, you won't necessarily get in on the new design. If you still want to try your luck, you can get the latest Gboard beta by signing up for it on the Play Store, and we also have it on APK Mirror.

YouTube Music is rolling out lyrics on the web client