Google Duo might be on the way out in the long-term, but right now, the developers keep adding feature after feature, with new stickers always flying in and Android TV support in the works. But one capability went MIA shortly after its initial release back in 2018: Screen sharing. After two years of absence, Google has re-announced it on Twitter, though it has yet to roll out to anyone using the service.

Share more moments with your friends on Google Duo.

Now you can use screen-sharing to browse photos and videos together, and plan activities all while on a video call. pic.twitter.com/6LivivvqlO

In its tweet, Google advertises screen sharing as an easy solution when you want to view media together with absent friends and family, but it'll almost certainly be (ab)used for tech support. Google has yet to show us what the sharing interface will look like, but we expect it to be similar to what we got back in 2018: An extra button in the call interface to activate screen sharing and a floating action bar to pause or stop. 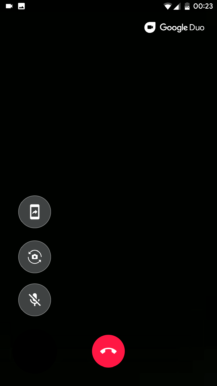 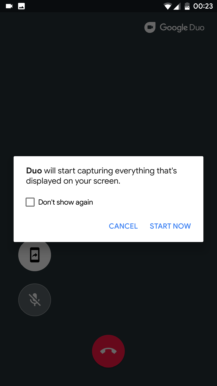 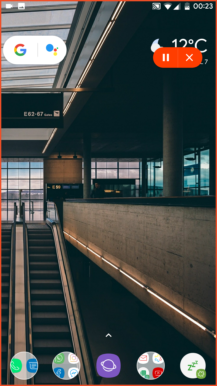 This is what screen sharing looked like in 2018. Expect something similar this time around.

We haven't spotted the relaunched screen sharing feature in the wild yet, so it's unclear whether an app update or a server-side switch will activate it for people. Either way, it's always a good idea to stay up-to-date, so grab the latest release from the Play Store or APK Mirror.

If you absolutely need screen sharing in video chats right now, you'll have to make do with Facebook Messenger or Skype, which introduced the feature this and last year, respectively.