Android 11 is finally here! Well, sort of. The update is already rolling out to Google Pixel phones, and will come to more devices in the coming weeks and months. Much like the past few Android OS updates, there aren't any radical design changes or features that will completely change how you use your phone, but there are plenty of smaller improvements worth talking about.

For this list, we'll be looking at the top 11 features you should look for when your device gets updated. There are certainly more features in total — we were tracking nearly 100 as of Beta 1 — but these are the highlights.

Android 11 moves all media playback controls from the notifications panel to just below the Quick Settings section. This means tapping the 'Clear all' button for notifications no longer clears the controls (it usually did if the media was paused), and if you have active media controls for more than one app, you can cycle through them by swiping horizontally.

There is an option to hide the controls after you're done listening to something, but being able to resume a podcast or playlist long after you last paused it without opening the app (or using a widget) is nice to have.

There are a few other changes to notifications in Android 11 besides the new media controls. For one, direct conversations with people are now displayed at the top of your notification shade, separating them from alerts about news, shopping, or anything else that isn't as important. 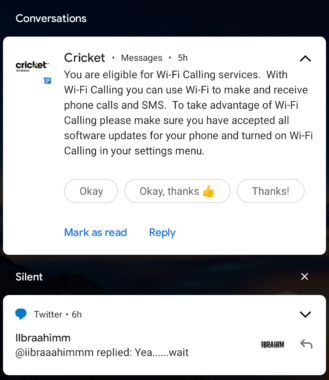 Google's own documentation says the section will be on "many phones," not all of them, so some manufacturers may choose to display it differently. In any case, apps will need to be updated to tell Android which notifications are conversations.

Some conversations can also be turned into Bubbles, which are floating circular buttons that maximize or minimize the chat in a floating window when tapped. Some applications (like Facebook Messenger) offer a similar feature on any version of Android, and some phone manufacturers have built custom versions of bubbles over the years, but the new implementation is standardized and easy for apps to use.

It has been possible to record the screen on Android with third-party apps for years, but none of the apps have been able to access your device's internal audio (without root or other system modifications, anyway). Google planned for Android 10 to include a built-in recorder that supported audio capture, but it was ultimately pushed to Android 11. 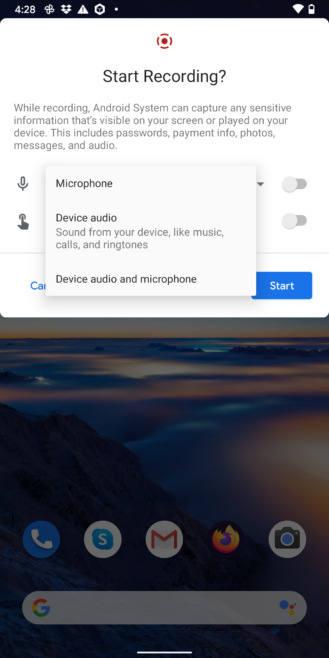 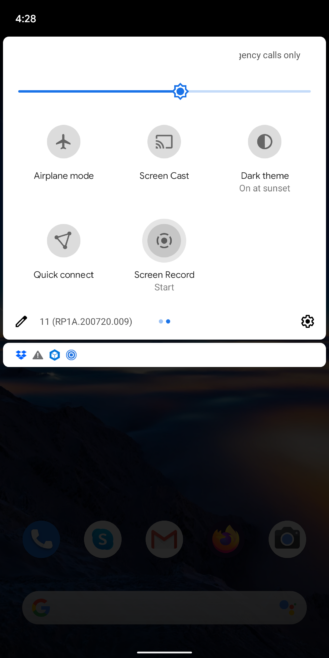 The feature is still a bit simplistic, since you don't get options for video format/resolution or adding overlays (like your front camera). Still, it's much better than not being able to record audio at all. Hopefully, Google will continue to flesh it out with added functionality.

Holding down the power button used to just display power options, but Google started expanding its scope with Android 10, and now there's a full-fledged page that appears after holding the button. The emergency, power, and restart buttons are still there, but they are now joined by a control panel for smart home devices and a digital wallet. 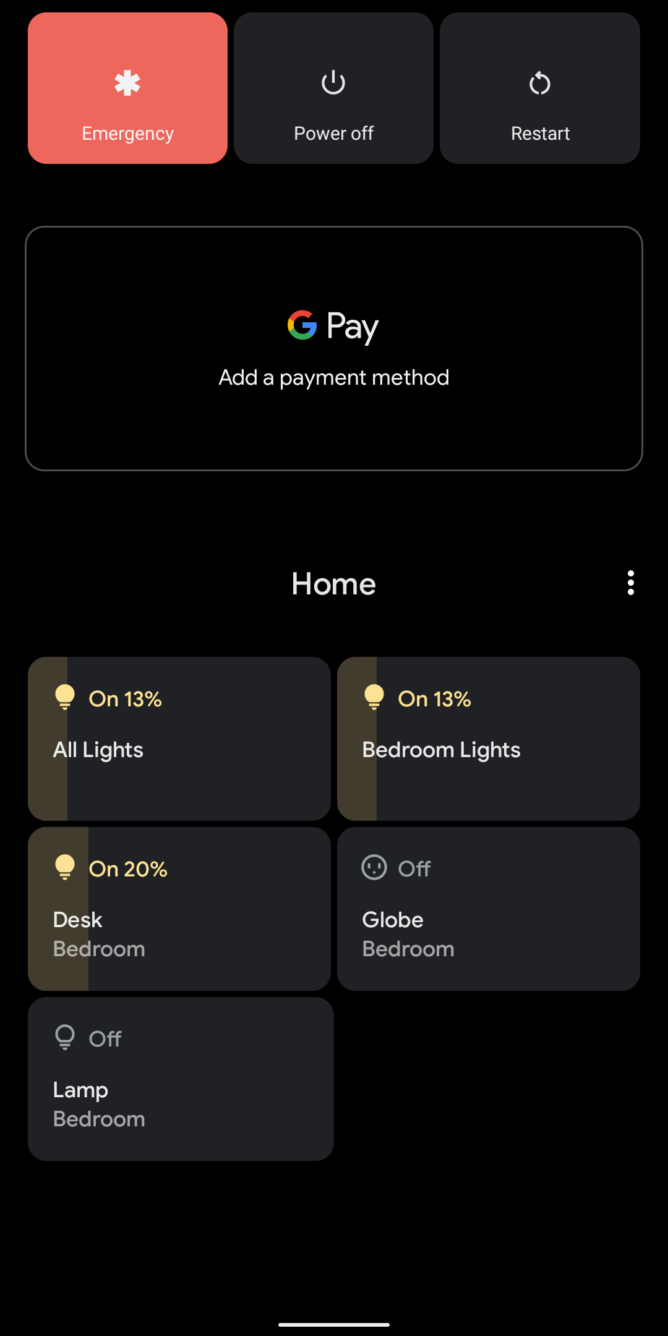 However, there is one big catch. Google doesn't require other device manufacturers to use this feature, so it may not be present on all devices. The Android 11 beta for Samsung phones, known as One UI 3.0, doesn't have the new power menu at all.

It wouldn't be a new mobile operating system release without new emoji! Android 11 has 117 new emoji, all from the Unicode Emoji 13.0 set. Some of the new options include Smiling Face with Tear, Disguised Face, Pinched Fingers, Ninja, anatomically-correct Heart and Lungs, Bubble Tea, and Piñata. 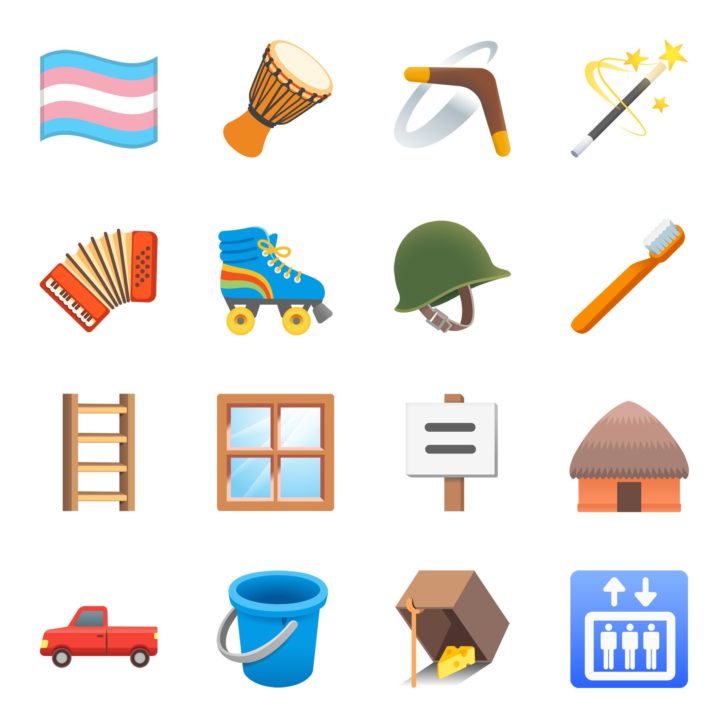 Android 10 introduced many new gender-neutral emoji and new variations of previously gender-specific emoji (e.g., 🕺 Man Dancing was added after 💃 Woman Dancing), and Android 11 is continuing that trend. There's both Man in Tuxedo and Woman in Tuxedo, a new generic People Hugging, both Woman Feeding Baby and Man Feeding Baby (plus a gender-neutral Person Feeding Baby), and so on. We're also finally seeing some transgender representation four years after the regular pride flag was added in 2016, as both the Transgender Flag and Transgender Symbol are available. 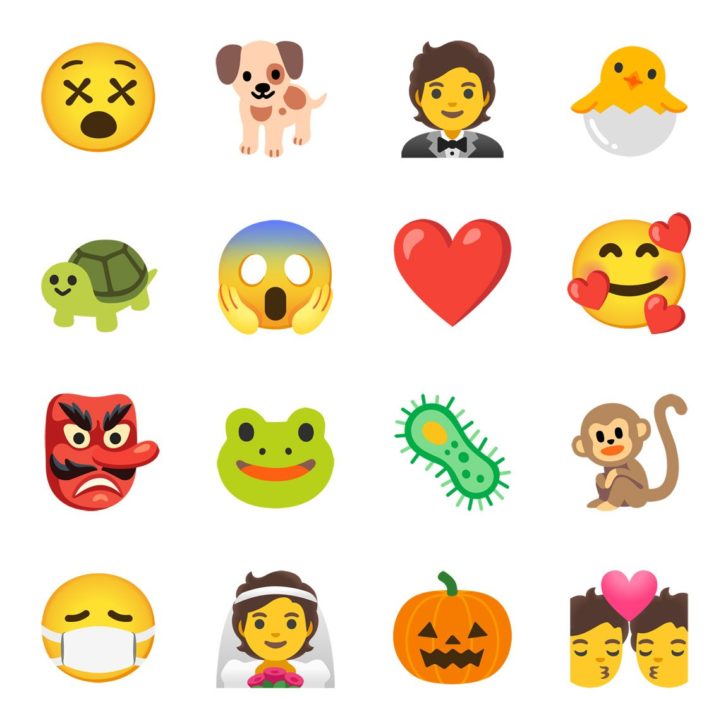 Some of the redesigned emoji on Android 11 (Source: Emojipedia)

In addition to the new emoji, Google has also re-drawn most of the emoji already present. Most symbols have added shading, outlines on people have been modified, and so on. The adorable 🐢 Turtle that was replaced in Android Oreo makes a triumphant return on Android 11, 🐧 Penguin is more realistically-shaped, ❤️ Red Heart no longer has a gradient, and so on.

Android 10 introduced many permissions changes in the name of privacy and security, like blocking clipboard access in the background and restricting device IDs, and the company hasn't stopped there. Android 11 allows you to grant some permissions temporarily, so the app will lose access to them after you close it. 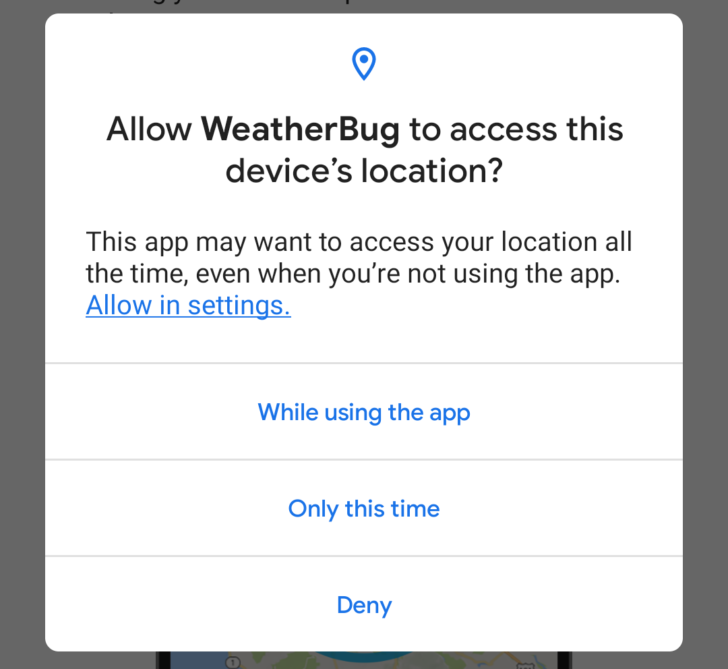 Apple added a similar feature in last year's iOS 13 release, so it's nice to see Google move in the same direction.

Android Auto usually requires connecting your phone to a car with a USB cable, and a wireless mode was introduced in 2018 for some Pixel phones. Samsung devices were later added to the compatibility list, but it's now standard on just about every phone running Android 11.

The only catches are that your phone has to support 5GHz Wi-Fi (which most devices now have), and if you're in the European Union, your device must comply with additional regulatory requirements that some phone manufacturers may not bother with. On a related note, Android Auto in general is buggy right now on Android 11, but that's nothing a few updates to the Auto app can't fix.

Are you ever curious about which apps on your phone are sending the most push alerts? Did you accidentally clear a notification and you're not sure if you missed something important? If so, you might like Android 11's new Notification history page.

The exact location of the page may vary by device (on Pixel phones, it's in Settings > Notifications), but searching for "notification history" in the Settings app will bring it up. History tracking might not be enabled by default, but once it's on, you'll see recently-dismissed alerts and a record of all notifications from the past 24 hours. 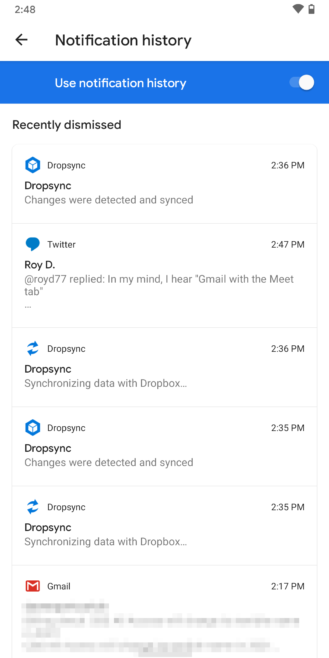 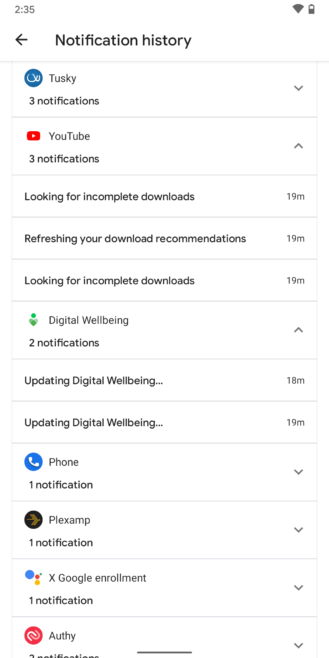 The new history screen is a great way to see which apps are bothering you the most, especially if you don't already use the Digital Wellbeing features in Android 9 and 10.

Many smartphones now have displays the curve around the edges of the phone, also known as 'waterfall' displays. They might look nice, but they can distort buttons and other controls normally placed at the edges of the screen, making them harder to tap. Android 11 fixes this with an updated DisplayCutout API, which tells apps which parts of the screen are on the edges.

This is an extension of the API first introduced in Android 9 Pie, which allowed apps to work around cutouts in the screen, mainly holes/notches for the front-facing camera. With the new functionality in Android 11, apps can ensure they look great on any smartphone display.

The share sheet is simultaneously one of Android's best and worst features — it makes sending content across apps as easy as one or two taps, but its design and performance have been issues for a while. Google fixed most of the performance problems in Android 10, and Android 11 has a feature that makes the share sheet slightly nicer to use.

With Android 11, you can now pin your favorite apps to the top of the share sheet, instead of looking for them in the typical alphabetical order. However, this doesn't affect applications that use custom share sheets, like Google Photos. 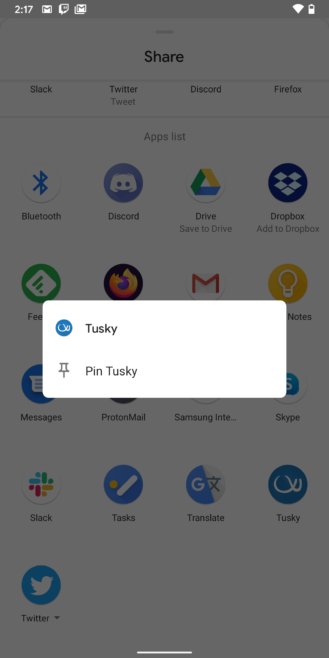 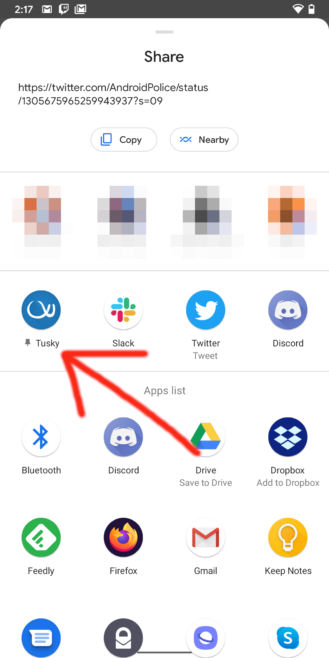 I still wish there could be an option to disable recommendations for direct sharing, because they're rarely useful to me, and some manufacturers have implemented the option in their custom versions of Android. Maybe next year?

Google implemented a system-wide dark theme toggle in Android 10, but it lacked one crucial option — the ability to automatically enable dark mode at sunset and turn it off in the morning. There were apps that hacked in a workaround, and Pixels received the feature earlier this year, but it's now in Android 11 for all devices to use. 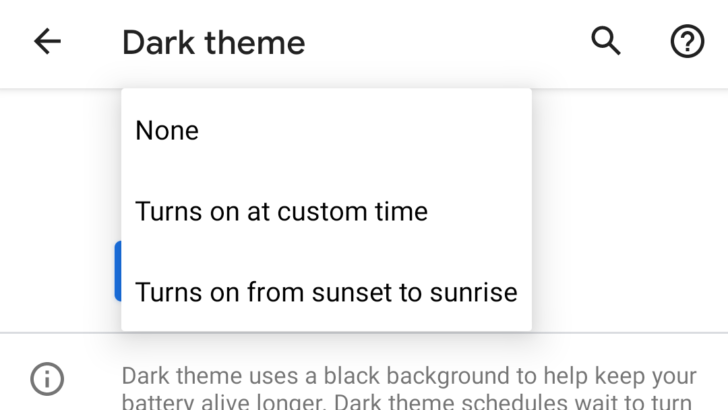 The dark theme toggle in Android 11 has a new option to set a schedule. You can set your own custom start and end time, or set it to the sunrise/sunset times for your location. It's great to have your phone flip into dark mode on its own.