The LG Wing is the latest consumer handheld device to test the limits of people's wills to not go click-clack back and forth while flipping — or, in this case, swiveling — it open. With two screens, a pop-up camera, and a lot of screen real estate to go around, some will have questions about its durability and the company is trying to address them with performative CGI in a new video. 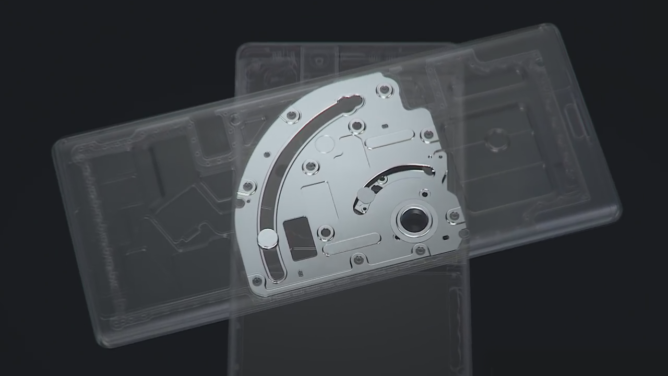 The first issue the video addresses through extremely tight shots of gears, pistons, and wiring is the durability of the Wing's wing-like pivot mechanism between the base chassis and display and the top display panel. It includes a holstered spring and a double-tracked guide to keep things in place as they move and a hydraulic piston to dampen impacts from bounding.

LG assures customers that it has put the mechanism under a 200,000-cycle test. Samsung did the same for its original Galaxy Fold with a flexible display, but that didn't stop reviewers from damaging it so easily. More answers are needed for more questions. 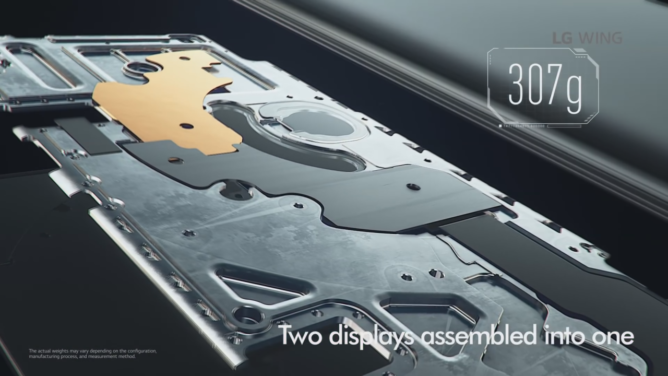 The company also addresses the questions about the Wing's weight and its overall fortitude. For the record, the official mass listed on the spec sheet is 260 grams, coming in 22 grams below Samsung's Galaxy Z Fold2. LG achieves its optimizations by using lighter plastic OLED displays, perforating its metal chassis and, presumably, assembling its displays under a single controller chip.... at least that's what we infer from the "two displays assembled into one" line.

It does get its accreditation, though, with a MIL-STD-810G rating against falls from 120cm at 26 different angles, which is not to say you can't break the Wing with a drop. As with servo-fed cameras on some other phones, it does retract when the Wing detects a dive. LG also says it has applied a hydrophobic coating in the internals and a polyacetal film atop the touch screens, but there are no official IP ratings for dust and water resistance here, so take those for what you will.

We'll be left sitting around for a while more before AT&T and Verizon pick the Wing up later this fall, so expect more of this marketing to show up.

Google Chrome's overflow menu is about to get easier to navigate

CBS All Access will change its terrible name in 2021