Google Chrome's overflow menu on Android has been rather hard to navigate for ages — it mostly consists of text-only entries, so whenever you try to find something in it without relying on muscle memory, you're forced to read through every single label. Google seems to recognize this problem, as it's experimenting with a redesigned menu in Chrome Beta that groups the entries and adds icons to each of them.

The new menu is available starting in Chrome 86. Besides adding icons to all of the entries, the update also introduces a gray background to the familiar top row of icon-only entries. The redesigned menu is divided into four groups, one revolving around new tabs, another for history, downloads, bookmarks, and recent tabs, a third one for miscellaneous things (share, find in page, translate, add to home screen, and desktop site), and a last one for settings and help. 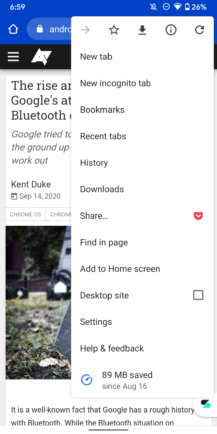 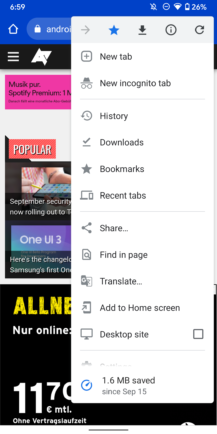 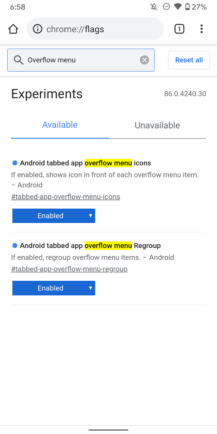 As with any feature that has yet to go stable, Google might scrap it at any time without warning, but from using the new menu just a little bit, I already notice how much better it is, so let's hope that Google will make it official sooner rather than later.

You can download Chrome Beta from the Play Store or over at APK Mirror, where we've also got the Dev and Canary versions.

Video shows how the pivot 'wing' in the LG Wing works