Android updates aren't really about new features these days, since most new functionality is delivered through updates to the Play Store, Google Play Services, or individual system apps. Over the past few years, system upgrades have largely served to introduce new APIs and security/privacy improvements that can't be rolled out through app updates (or implemented in manufacturer skins), from expiring permissions to Scoped Storage.

However, Android 11 does still have a handful of new user-facing features, some of which are already present on Samsung's version of Android. Given how often we've seen "Samsung did it first" comments on news about changes in Android 11, we thought it would be fun to look at which Android 11 features first appeared on One UI.

Google first started experimenting with a system-level implementation of Facebook's chat heads in Android 10, but the full release was delayed until Android 11. Bubble notifications (as Google calls them) are optional buttons that can float on your screen for easy access to a conversation. You just tap the bubble to see recent messages, and tap it again to minimize.

While not quite the same thing, Samsung does have a similar feature called pop-up view on One UI. You can move apps to pop-up view by pressing their app icon in the Recents screen, and there's also a setting called 'Smart pop-up view' that enables it automatically when you get a notification for specified apps. Once an app is in pop-up view, it turns into a resizable floating window, which can be maximized and minimized like an Android 11 bubble.

Google's implementation is a bit more elegant, but it does require apps to add support, while Samsung's feature works with any application.

At least on Pixels, Android 11 now displays a popup when you capture a screenshot, instead of a regular notification. Taking a screenshot on Samsung phones (and phones from several other OEMs) works in much the same way — a toolbar appears at the bottom for a few seconds. However, One UI still keeps the capture as a notification, so you have to clear that out later. 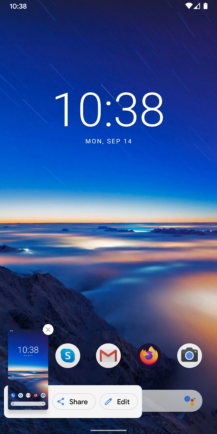 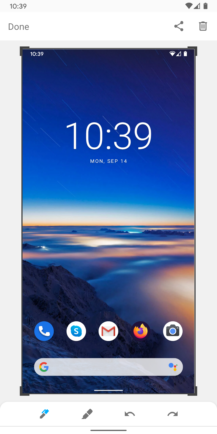 Android 11 was also going to implement a feature common on One UI and other skins, scrolling screenshots, but Google decided to wait until the functionality could be better standardized.

Holding down the power button used to just display power options, but Google started expanding its scope with Android 10, and now the power menu has been completely redesigned in Android 11. At least on Pixels, it now displays cards from Google Pay, as well as quick smart home controls from Google Assistant. 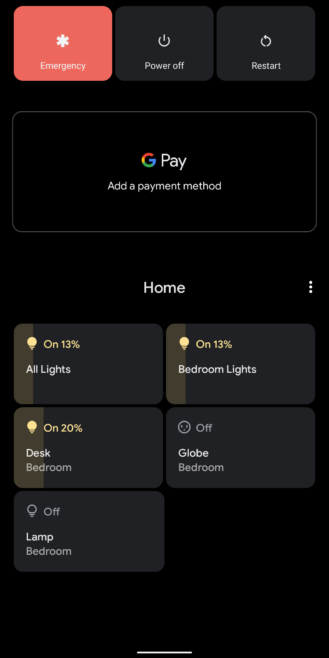 Samsung One UI also has a control panel for accessing smart home devices, but it's a 'Devices' button located underneath the Quick Settings bar (which can be hidden if you don't use it). Not as convenient, but still marginally faster than opening the SmartThings or Google Home apps.

This is a small feature, but still worth highlighting. Android 11 introduced a new option to avoid automatically reconnecting to specified Wi-Fi networks, which can be useful if a certain network isn't always as fast/reliable as your phone's data connection. 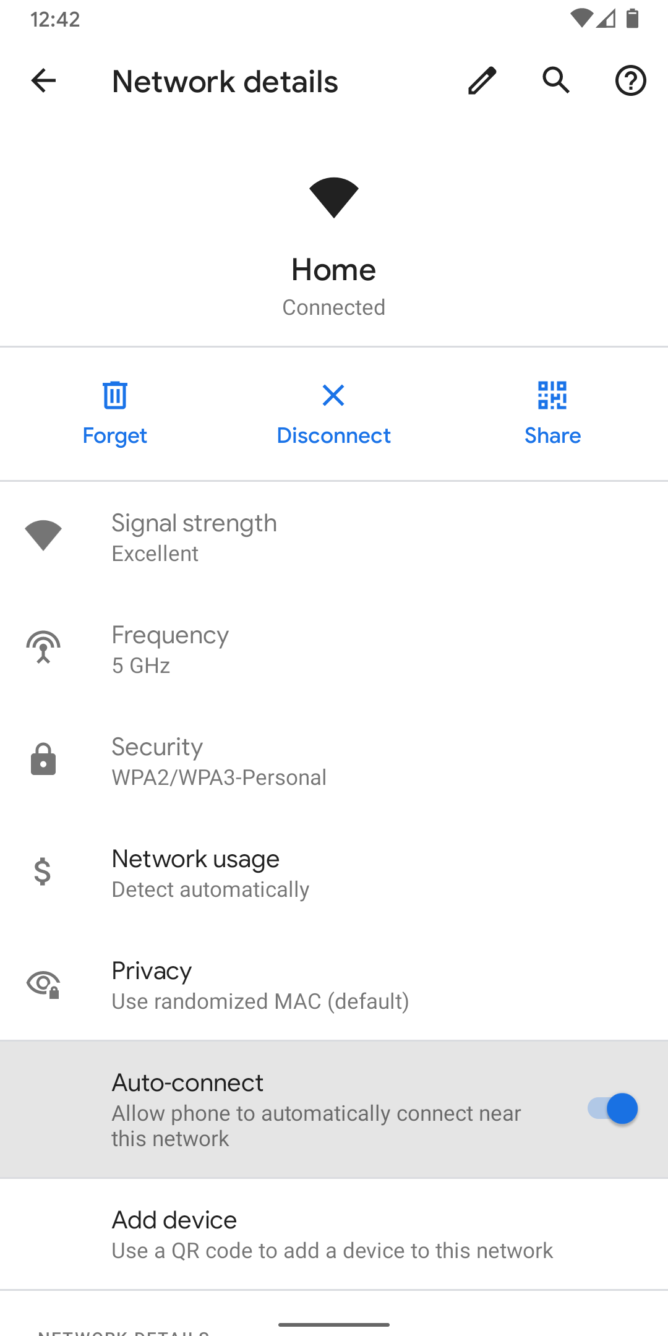 This option has been available on Samsung phones for an extremely long time. The earliest instance of it I can find is on Samsung's version of Android 7.1 Nougat (this support document for the Tab Active 2 shows it in a screenshot), but it could have been there earlier. A few other manufacturers implemented a similar setting on their phones.

After years of waiting, Google finally implemented a native screen recorder in Android 11. While you could already use various third-party apps to capture the screen, none of them had access to internal audio, while the built-in recorder does. 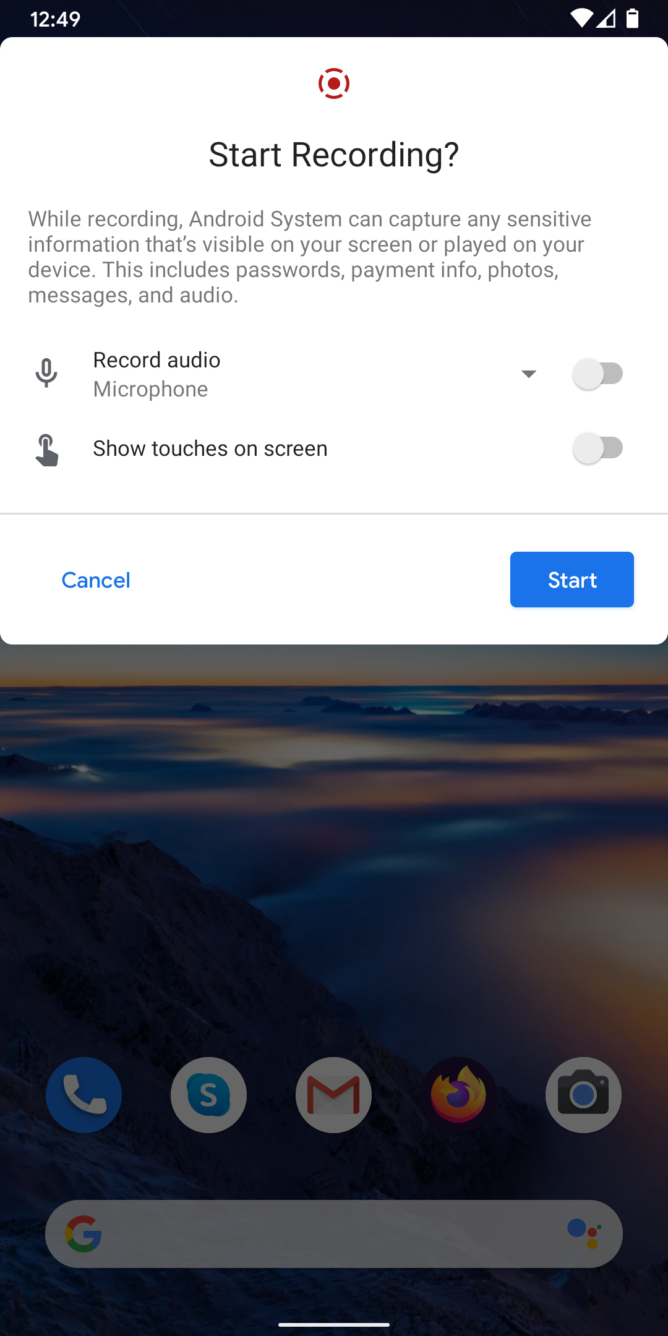 Samsung introduced a screen recorder in its version of Android 10, known as One UI 2.0. It can also record internal audio, but unlike Android 11's implementation, you can also draw on top of the video (e.g. circling a button someone should press) and overlay your front-facing camera.

Google implemented a system-wide dark theme toggle in Android 10, but it lacked one crucial option — the ability to automatically enable dark mode at sunset and turn it off in the morning. There were apps that hacked in a workaround, but the first Developer Preview of Android 11 added the feature, and it's present in the final release. 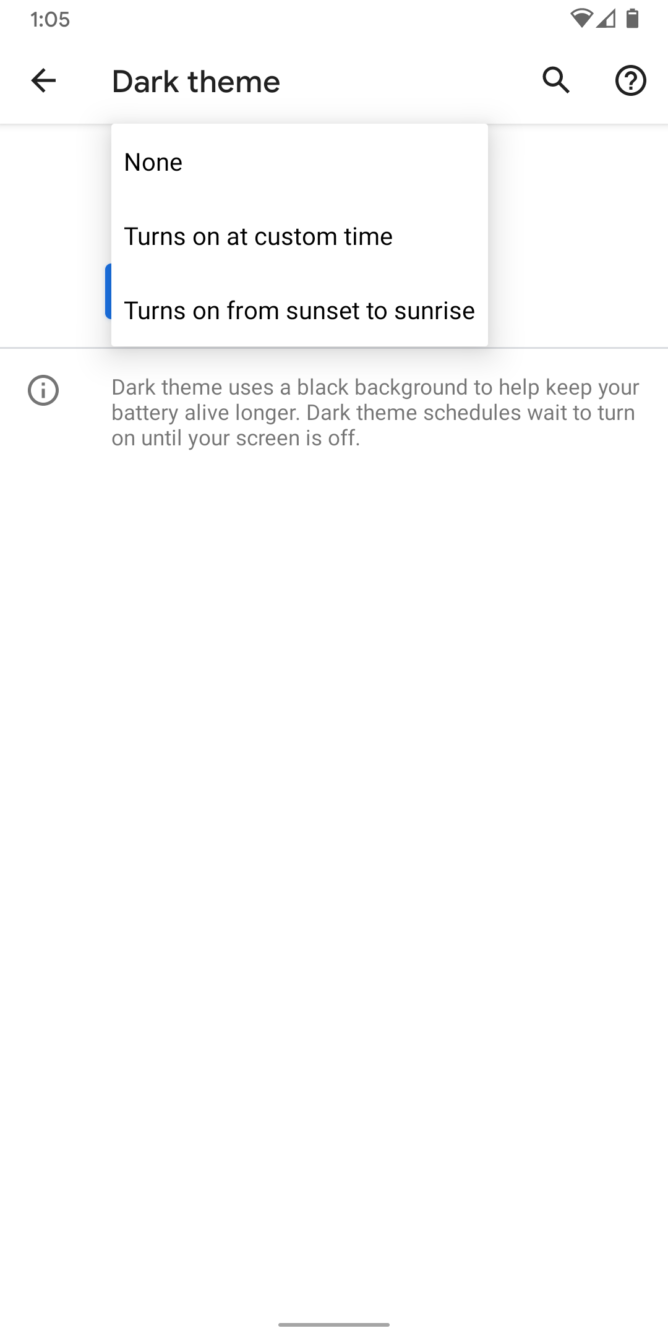 Samsung has had the option to schedule dark mode since One UI 1.0, based on Android 9 Pie. It wasn't very helpful at the time, given that few non-Samsung apps ever added support for the company's pre-standard dark theme, but it works very well on One UI 2.0 (Android 10).

There you have it, six features in Android 11 that are already present on Samsung's phones. Of course, there are some ways One UI still falls behind stock Android — no Galaxy phones use Seamless Updates right now, and most of them have Adoptable Storage disabled — but it's interesting to see where Google may have got inspiration for new OS features.

No excuses: Google Assistant birthday reminder notifications are showing up for some