Motorola released the Edge+ earlier this year as its first flagship phone in a long time, but it was always a bit weird to have a plus model when a regular model didn't exist. Motorola fixed that with the cheaper Edge a few months later, which has now returned to its original introductory price of $500 ($200 off). 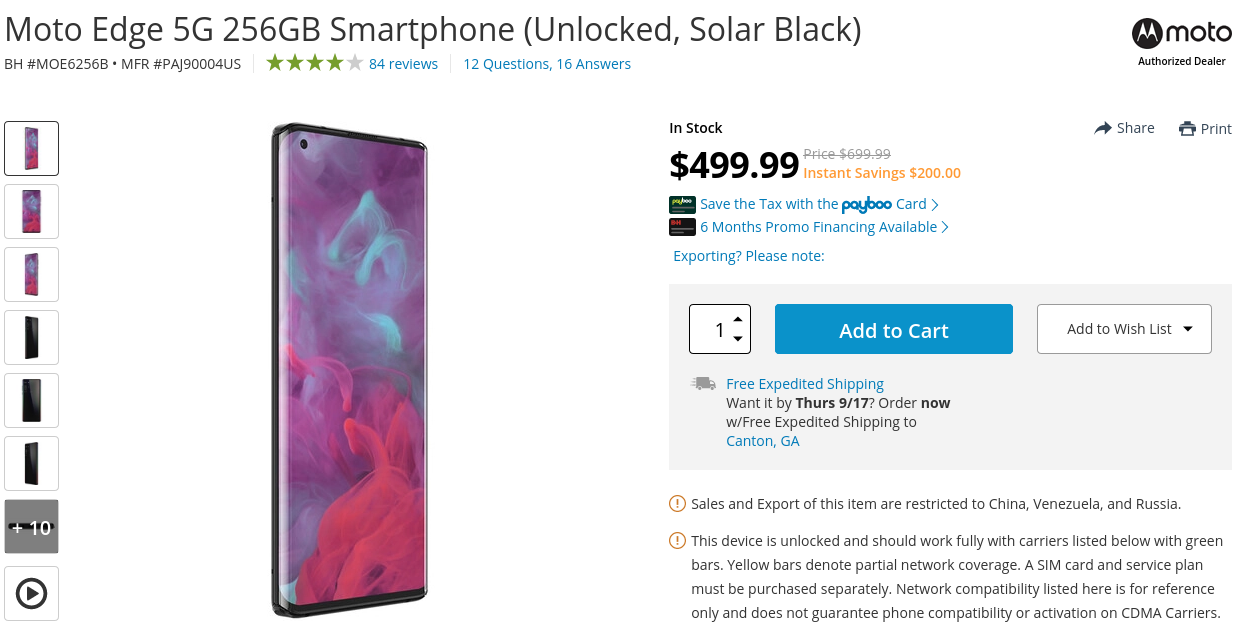 We reviewed the Edge shortly after it was released, and while the phone is a good value at its special introductory pricing of $500 (which is now the price again), the hyper-curved edges and slippery casing aren't for everyone.

US Customs doubles down on OnePlus Buds seizure, says they violate Apple trademark

Nokia teases a 'new chapter' for its phones, complete with giveaways and a mysterious guest