Wink sells smart home hubs that can connect to countless products, including thermostats, door locks, fans, and lights. The company's hubs were a popular option for enthusiasts until last month, when it switched to a subscription requirement for most functionality. On top of all that, Wink is now suffering an outage that has lasted nearly a day, and it seemingly has lost access to its primary wink.com domain.

Wink's status page reports that "an issue controlling devices connected to Wink" was first discovered yesterday (September 10th) at 22:20 UTC, but as of when this article was published, no fix has been implemented. Every single Wink feature is non-functional, including the core platform and all connections to third-party services.

While some amount of outages are expected with any server-based software, it's unusual for larger services to be offline for this long, especially with established companies like Wink. To make matters worse, Wink appears to have lost control over its primary wink.com domain, as the website now displays a simple landing page. ICANN information for the domain shows there is currently no registered owner, but it is still controlled by the registrar, GoDaddy. However, ICANN also shows no registration info for the partially-functional winkapp.com (the status.winkapp.com page is still live), so the information could be out of date or incomplete. 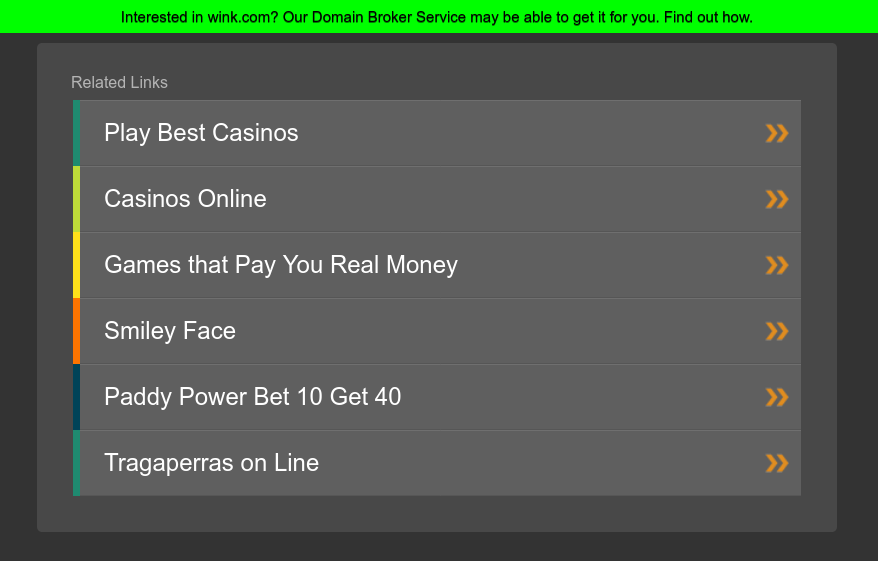 The current state of wink.com

Whatever the cause of the problem might be, Wink is definitely having a rough day. The company's main and support Twitter accounts have been silent about the issues, though customer complaints have been making the rounds on social media.

More than 24 hours after the outage started and still nothing. I switched my devices over to my Smartthings hub and am just waiting for their website to come back up so I can cancel my subscription.

Is @TheWinkApp still alive? https://t.co/hiuBEJbwr0 seems to be unreachable, and my #WinkHub2 has been unresponsive and flashing blue for the last couple days

@TheWinkApp could you get it together already? I haven't been able to turn my lights on or off in my house for at least 12 hours. I don't need your server as a middleman between my phone and my lightbulb... that's what the hub is for!

.@TheWinkApp @WinkSupport was it so hard to put out a tweet?

Appreciate the email but it was sent out after hours of outage. Disappointing that it is not functioning after 10+ hours of disruption.

I thought things were suppose to improve after moving to a subscription model? pic.twitter.com/V7XCEL6Jgi

It remains to be seen how many paying customers Wink will have left after this extended outage. I'm guessing it won't be many.