Google has a history of making fun easter Easter eggs across its sites, services, and apps, and today's is a wave of 90s-era nostalgia. With a simple query in Google Search and a tap on the fresh license plate, you can celebrate the thirtieth anniversary of The Fresh Prince of Bel-Air with period-appropriate results.

It's been 30 years since the [FRESH] cab pulled up with dice in the mirror. We're inspired → https://t.co/hgid5xD7dD pic.twitter.com/erlun9cbZQ

Google has been promoting the anniversary of the show since yesterday, and triggering the Easter egg is simple: Search for "The Fresh Prince of Bel-Air," tap the license plate that says "Fresh" in the knowledge graph card, and you'll be taken to a delightfully dated-looking set of related search results, loaded with jokes and references about the show, including tons of fictitious in-universe results. 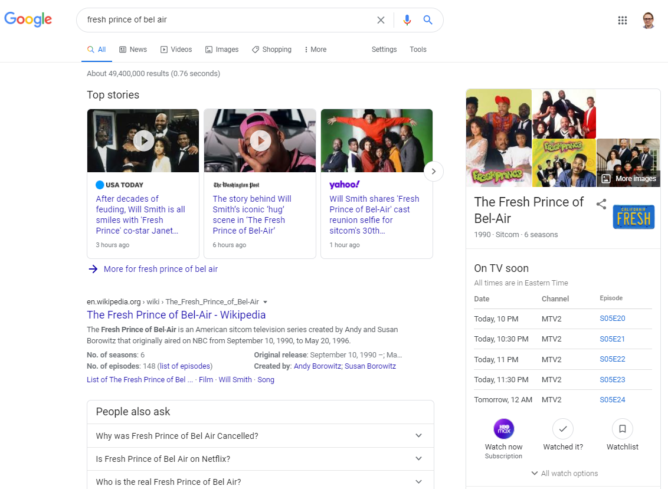 It's harder to find the license plate on desktop (above), but easy to spot on mobile (below). 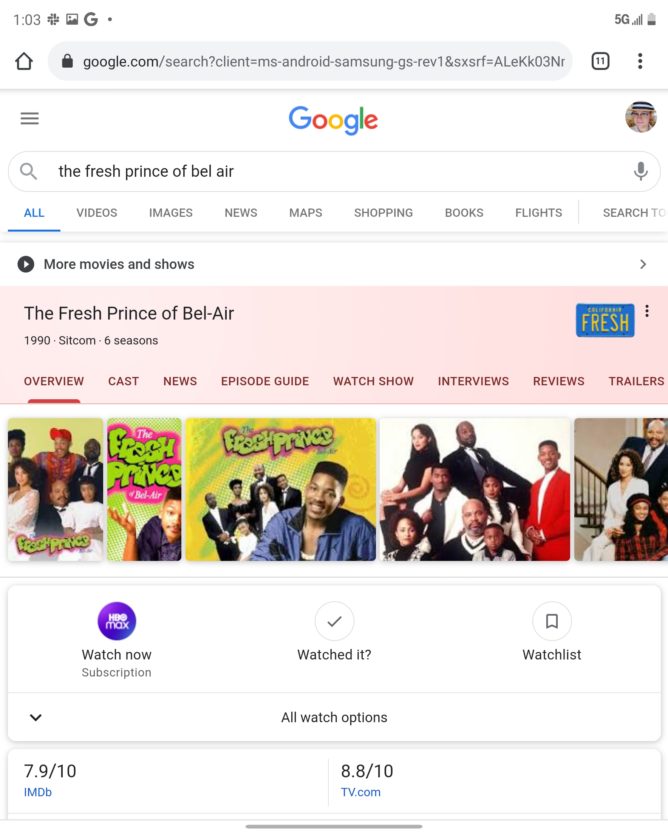 Tapping the results sadly doesn't take you to other sites, but you do get some funny animations and sounds that show off memorable moments and details from the show. For nostalgia's sake, I won't ruin any of the specifics. Just be sure to check it out for yourself over at Google Search.

The show has recently announced that it is doing a two-season reboot following a short reunion on NBC's new Peacock streaming service, leaving us something extra to look forward to if the nostalgia hits hard — more episodes are coming.

PC and console EA games are coming to Android, thanks to Xbox Game Streaming