Android 11 introduced a nifty new interface for controlling media playback that lives among the quick settings tiles rather than the notifications. In it, there's also a button that allows you to choose the sound output (which has actually been around since Android 10). At the moment, it's only populated by your phone's speakers and bluetooth sources, even though it seems like adding Chromecast-enabled devices would be a no-brainer. It looks like Google thought the same, but it will have to be implemented by every single media app out there. 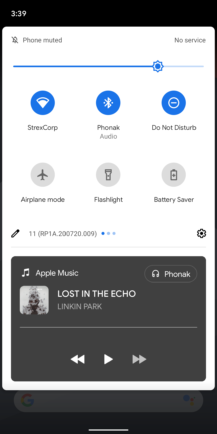 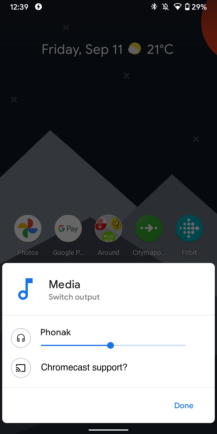 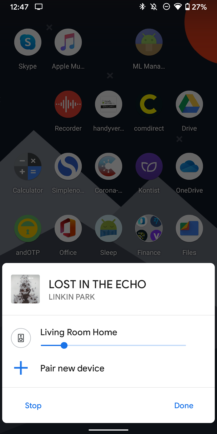 Left: Android 11 media controls. Middle: Poor mockup of what the targets could look like in the output picker. Right: Current interface when you're already connected to a cast device.

As spotted by Ars Technica's Ron Amadeo, some Android Developers documentation specifies that the output picker menu will be populated by Chromecast streaming options. It's dependant on a mediarouter library that's currently still in beta, which is why you don't see Chromecast options pop up for any media app just yet. Even when it goes stable, it'll likely take a while until all applications support it, as it's up to developers to update the version for each and every app supporting Chromecast out there.

Hold up. It looks like Android 11 WILL list Chromecasts and Google Homes in the sound output picker, but individual apps need a version of the mediarouter library that isn't out of beta yet.

That will be so awesome and this UI will make a lot more sense.https://t.co/sS6DySCn5M https://t.co/XaUVEjbAmJ

It may seem weird that a system feature like that should depend on individual apps, but it makes sense, as not all developers support Chromecast. There are also some that only whitelist certain targets like displays, so it makes sense that it's up to individual apps to specify which streaming options they support.

If you're a developer interested in implementing this option for your media app as soon as possible, check out the respective Google documentation. For everyone else, we'll likely have to wait a while until the first few apps give us the option to pick Chromecast sources right through the new Android 11 media control center.

Here's how Microsoft changed Android for the Surface Duo