Actor Chadwick Boseman, who portrayed King T'Challa in Marvel's Black Panther movie, passed away last month at the age of 43. It came unexpectedly, as many were unaware that Boseman had been diagnosed with colon cancer back in 2016. His untimely death has sparked many tributes from fans worldwide, and now it looks like Comixology has made its entire library of single-issue Black Panther comics available for free.

That means there are over 200 issues to download at no charge right now, including those from the current run, which has garnered a lot of renown since it began in 2016. Spinoffs featuring other characters from the Black Panther universe are also included, as well as the Avengers: Wakanda Forever series. The cart is limited to 150 comics at once, so you'll have to go through checkout twice to get every issue. An Amazon or Comixology account is required to complete the checkout process, but it doesn't look like adding any payment info is necessary. 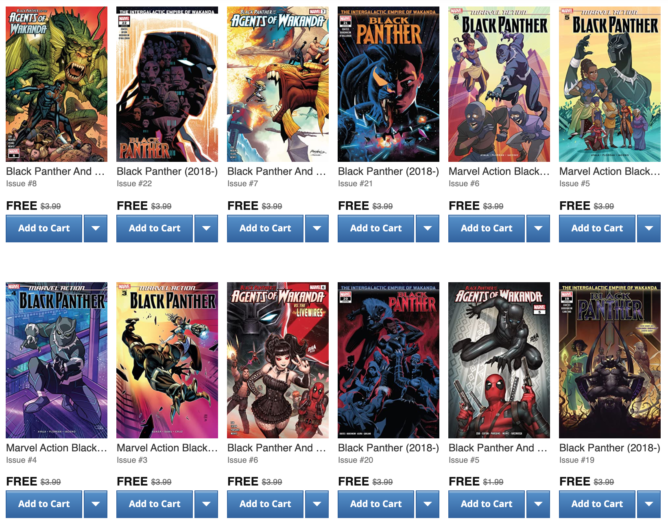 By our own count, it looks like around 255 issues are now free.

Once claimed, the comics can be read online or through the Comixology app, which you'll find on APK Mirror or the Play Store. The company hasn't commented publicly on the promotion's length, so if you want to settle down for a quiet, yet action-packed afternoon while paying homage to a great talent taken too soon, head over to Comixology now.