Yubico is praised as the maker of some of the best physical security keys currently out there, but the company isn't resting on its laurels. Today, it has announced the latest addition to its YubiKey 5 series, the $55 YubiKey 5C NFC. It can be seen as an advanced version of the regular 5C, and it's the company's first key to feature both USB-C and NFC, which might make it its most universal one yet when it comes to phones.

While most Android phones feature USB-C these days, not all of them support the proper implementation of OTG (USB On-The-Go), the standard security keys use to communicate with phones. Depending on which devices you own, this could mean that your laptop supports a USB-C YubiKey, but not your phone. That's where the combination of NFC and USB-C could come in handy — if your handset doesn't authenticate via USB-C, you can almost certainly still use NFC. 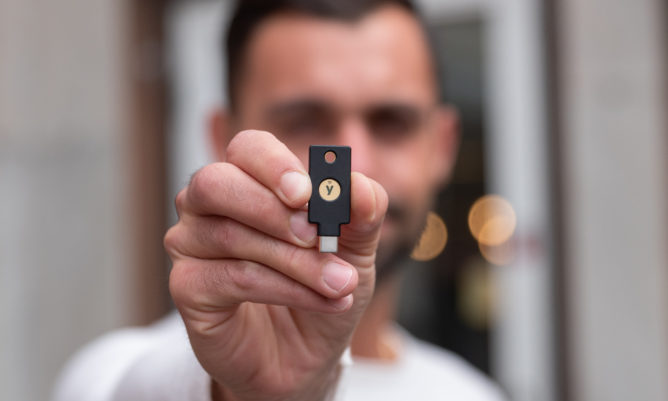 Like other YubiKey keys, the YubiKey 5C NFC supports a wide range of security standards. It's also advertised as water and crush resistant, and since there are no actively powered parts in it, you don't need to worry about another battery that needs charging or changing. 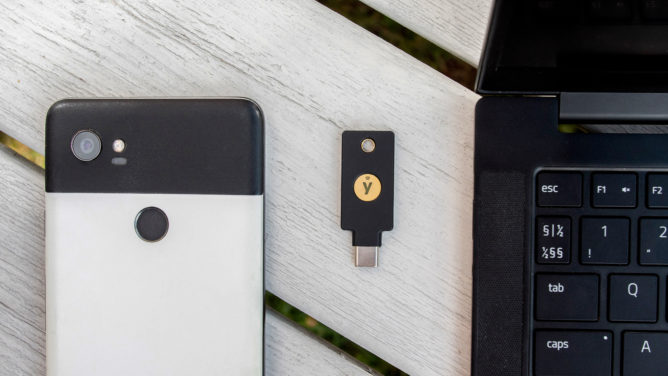 The package offered by Yubico could be better than what any of Google's three Titan security keys give you, depending on which devices you own. While Google has a USB Type-A + NFC key, it currently doesn't sell any product that combines USB-C and NFC.

You can purchase the new key starting today on Yubico's website.