If you check out the trailer above, you'll see that PAKO Caravan offers precisely what it says on the tin. You'll indeed form caravans of cars, all while avoiding objects as well as the growing line of vehicles trailing you. It's a familiar concept if you've ever played Snake or its many clones, but it's not like originality is needed for a quick bit of fun, which is all this game is really designed for. There's no depth here, but that's not a bad thing, and with hundreds of missions to complete, you'll still get plenty of longevity out of this title.

Now, PAKO Caravan is a free-to-play release, but the only in-app purchase in the store is for removing the game's advertisements, and will run everyone $4.49. This does mean you won't be able to share your purchase through Google's Family Library, though it does allow interested parties to take the game for a spin without going out of pocket. 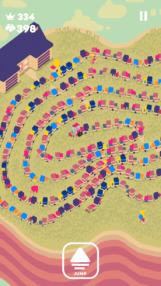 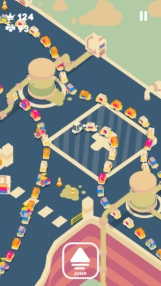 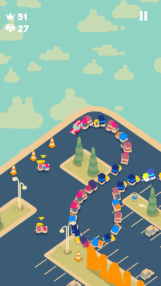 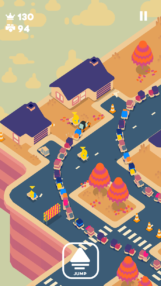 So now that PAKO Caravan is available on the Play Store, this means everyone is free to play to see precisely what's on offer. More or less this is an enjoyable casual game where the high-score is king. So if you'd like to work your way up the leaderboard, you can grab the install from the Play Store widget below. 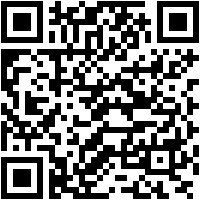