After Google deployed RCS (Rich Communication Services) in the U.S. without the help of the three big carriers, the company seems to be set to repeat that effort internationally. People in multiple, mostly European countries report that they're able to use RCS features in the Messages app. That might indicate that we'll soon see RCS functionality in even more parts of the world.

In late April, we have received activation reports from Italy, Singapore and Portugal. Those tips were quickly followed up by others from Argentina, Pakistan, Poland, and Turkey. We received reports from Denmark and the Netherlands in August, then Croatia, Czechia, Lithuania, and Slovenia this month.

It didn't look like the carriers in those countries were turning on RCS given the sheer volume of people getting the feature — local sources like Italy's TuttoAndroid, Czechia's Dotekomanie, and Portugal's Pplware say as much — so we presume that Google is continuing its own roll-out efforts.

Messages users in the countries see a banner when they open the app, explaining how RCS works and that they can now enable it, just like in the U.S. last year. The feature can also be activated via Messages' settings if you dismiss the pop-up initially. It's currently unclear whether other RCS-compatible apps like Samsung Messages are in on the function as well, but since the augmented text messages seem to be rolling out thanks to Google's doing, it's unlikely. 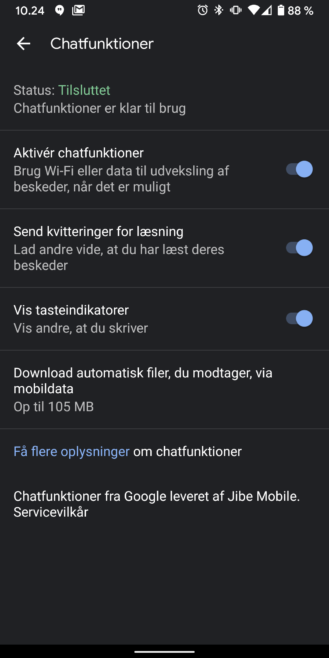 As we explained in our extensive FAQ post on the topic, RCS is basically the next-gen replacement for SMS/MMS. It allows you to send messages and media between RCS-compatible devices over data connections, including Wi-Fi. The service behaves like an instant messenger, giving you features like read receipts, typing indicators, and proper group conversation support. 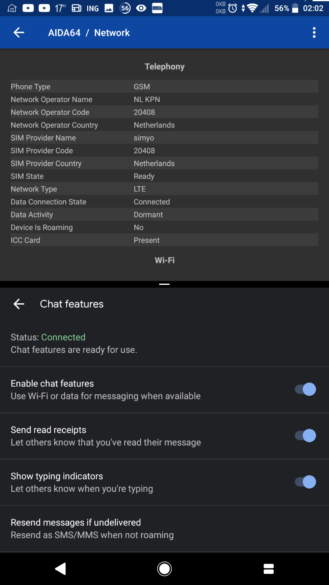 Like most things Google touches, the update appears to roll out as a server-side change. You can check if it's already available to you by heading to Messages' settings and tapping the Chat features entry. Hopefully, RCS will soon be enabled for more people around the world to replace or at least augment the ancient SMS technology.

We've updated the article with reports from more countries.