Thousands of Google Drive users, most of them in the United States, have reported that they cannot access the cloud storage service. Claims on Downdetector began spiking around 7 a.m. PDT this morning. Google has announced that it was looking into the matter. 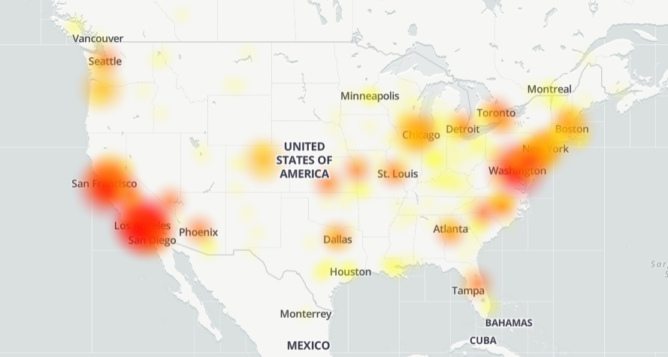 For what it's worth, Android Police team members are able to access Drive right now as might be the case for numerous others. But for the many users who are affected, a lot of them took to Twitter saying that problems were disrupting their remote work or class as necessitated by the coronavirus pandemic.

The @GoogleDrive account has responded to some users by directing them to the company's G Suite Status Dashboard.

Clearing cache/cookies didn't work for us. Still not working.

Users who followed advice on clearing their browser's cache and cookies did not see a resolution. Some did find a way to access their work documents by heading to the dedicated domains for Google Docs, Sheets, and Slides. As for those affected who need to access all the other files on their Drive accounts, it's been tough luck otherwise.

It was only around 10:30 PDT that the company published an announcement it apparently made at around 7:30, saying that it was investigating the reports as a service disruption — one classification short of an outage.

We're investigating reports of an issue with Google Drive. We will provide more information shortly. The affected users are able to access Google Drive, but are seeing error messages, high latency, and/or other unexpected behavior.

About 10 minutes later, Google published a final update on the incident — the post time was at 10:23 — saying that it was resolved.

The problem with Google Drive should be resolved. We apologize for the inconvenience and thank you for your patience and continued support.

Keep in mind that the Google Drive reply tweet cited above posted at 10:03 noted that the G Suite Status Dashboard was not showing any issues at that time — it took about 3 hours for the dashboard to publish a status that was ostensibly posted at 7:30. Worse yet, the @GoogleDrive account has acknowledged none of the goings on throughout this time.

If there's one thing besides server maintenance that Google needs to work on, it's definitely communication.

Updated to include resolution message.