Samsung's Galaxy Watches usually pair excellent hardware with refined software, but there still aren't that many third-party applications. Samsung has covered most of the basics with its own apps, and you likely won't do most of the same tasks with your watch as you would with your smartphone, but it can still be difficult to find apps to improve your watch's usability. It doesn't help that the Galaxy Store lumps in watch faces with applications, so scrolling through the top apps mostly amounts to scrolling through various clock styles.

There are some hidden gems on Samsung's watches, so we decided to highlight some of the best third-party applications we could find. This list doesn't include watch faces (or apps to manage them, sorry Facer), nor are we including any of Samsung's own apps (since most of them are pre-installed).

Samsung has worked closely with Spotify over the past few years, and the Spotify app for Galaxy Watches is a result of that. While the default mode for the app is to serve as a remote control for Spotify on other devices, just like the Wear OS application, you can switch it to standalone mode in the settings. This allows you to play music on the watch independent of your phone, and if you have Spotify Premium, you can even download your favorite tracks for offline playback. 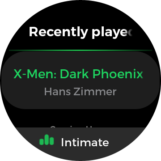 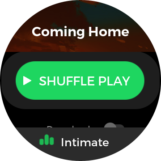 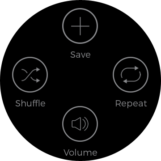 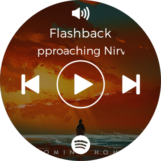 The Spotify app also includes an optional widget, so you can start (and control) music without leaving your watch's home screen. My only complaint is that the interface is a bit different from other Galaxy Watch apps; for example, scrolling the physical bezel on my Galaxy Watch3 skips tracks while the app is open, instead of scrolling through menus or changing the volume.

Spotify on the Galaxy Store

If you don't have Spotify and still want to stream music to your watch, iGear Radio might be another option. The pro version can stream over 20,000 internet radio stations, all without the need for a companion app on your phone. You can also sync your favorite stations to an account for easy backup. 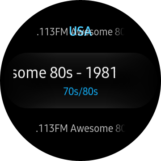 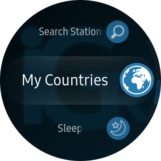 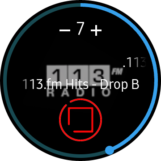 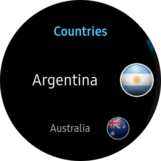 Since iGear Radio plays internet stations, it's not quite as useful outside your home as Spotify with its offline playback functionality, unless you have LTE service for your watch (or you bring your phone with you). The free version has limited functionality, and the $2.99 pro app expands the list of supported stations, shows Top 10 lists for each country, and adds a widget for easy playback.

iGear Radio on the Galaxy Store

When you need to kill a few minutes, but don't want to pull out your phone (or you left it at home), there are a few games available on the Galaxy Store. My favorite is Galactica, a Space Invaders clone. It can be controlled by touch, motion, or the physical bezel on the non-Active watches. 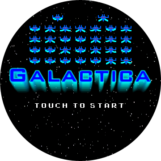 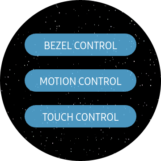 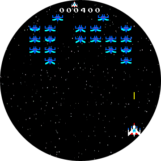 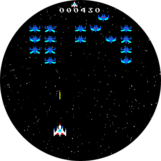 The controls aren't quite as responsive as physical buttons on a game controller, but Galactica is still a fun way to waste some time. As of the time of writing, it costs $1.00 on the Galaxy Store.

Galactica on the Galaxy Store

Bixby isn't the best voice assistant around, but it does handle most of the tasks I need to do without pulling out a phone — setting reminders/alarms, asking for time zone conversions or basic calculations, and so on. However, if you need more functionality, you should give Talk to Alexa a shot. 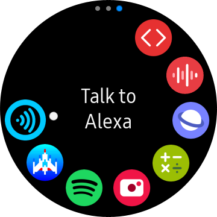 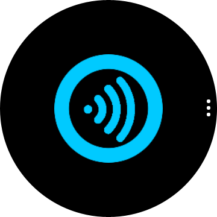 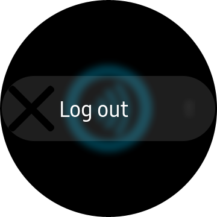 The main downsides are you can't start music playback through Alexa, or use Alexa's native messaging/calling functionality. I also noticed that asking Bixby seemed to get confused by "open Talk to Alexa," so I usually had to open it from the application list. Still, if Bixby can't do something you need, there's a good chance Alexa (or one of the thousands of Alexa skills) can.

Talk to Alexa on the Galaxy Store

Run with Map My Run

Under Armour's Map My Run is one of the few fitness tracking services available on the Galaxy Watch beyond Samsung's own offerings. The Galaxy Watch app allows you to start/stop runs and track your location using the built-in GPS. 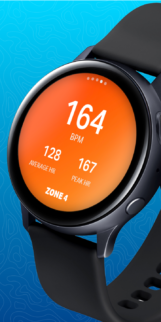 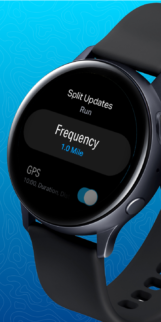 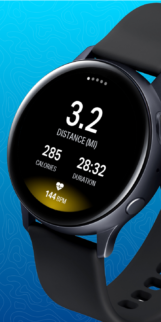 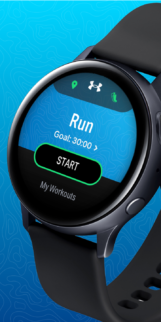 The Map My Run app does require installing the smartphone application and connecting the account to your watch, but once that setup process is over, you can start activities without using your phone.

Map My Run on the Galaxy Store