During a livestreamed launch event today, Xiaomi unveiled the latest in its affordable range of Poco phones. Powered by the Qualcomm Snapdragon 732G, the Poco X3 NFC is a mid-ranger that features an Adreno 618 Elite Gaming GPU with liquid cooling for the mobile gamers out there. An impressive spec sheet is coupled with a remarkably low price as the base model costs just €229 (£199).

Its large punch-hole 6.67-inch LCD display only offers FHD+ resolution, but with 120Hz refresh rate and 240Hz touch sampling — many more expensive phones fail to match those numbers. Battery life ought to be a concern, but Xiaomi is promising two days from the 5,160mAh cell. You might need to use the dynamic refresh rate setting to eke that much out, though. With 33W charging, it only takes 65 minutes for a full charge, or 30 mins for around 62%. As well as liquid cooling, the Poco X3 includes an enlarged copper heat pipe with multiple layers of graphite for further heat reduction — Xiaomi really means business here it seems. Other gaming features like Game Turbo 3.0 performance boosting and a Z-axis linear haptic motor are also talked up. The camera system is headed up by a 64MP wide main sensor and backed up by a 13MP ultra-wide. Of less importance are the 2MP macro and depth sensors. Don't expect a premium feeling handset, as the rear panel is made from polycarbonate, although the frame is aluminum alloy and there's 2.5D Gorilla Glass 5 on the front. 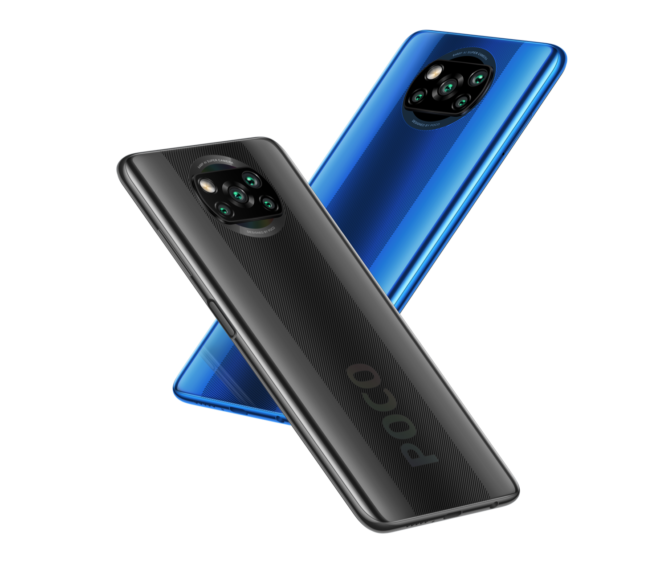