Mobvoi is known on the market for its affordable smartwatches and buds. After releasing the second generation TicPods 2 Pro in January, the brand just announced an updated model that comes with a few additional features, especially independent pairing that now lets you use whichever bud you want without its counterpart. 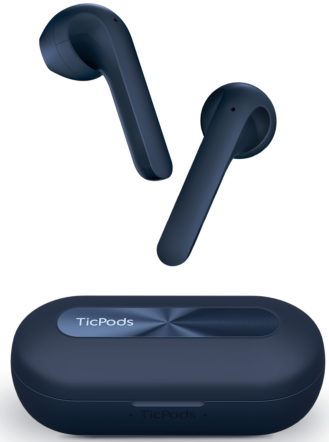 The brand built upon its relatively recent pair of buds and enhanced them with a single paring technology, as well as new quick voice commands. Except for these changes, the new model is relatively similar to the previous version and therefore comes with the same hard plastic tips, TicMotion gesture recognition — in case you're willing to perform silly head nods in public to respond to a call, touch controls, and TicHear voice controls. The latter has been improved with the support of volume changes if you're willing to shout that at your buds.

The case design has also been updated, which now feels a little more premium, with the addition of a metal strip showing the product’s name on the top of the lid of the charging case.