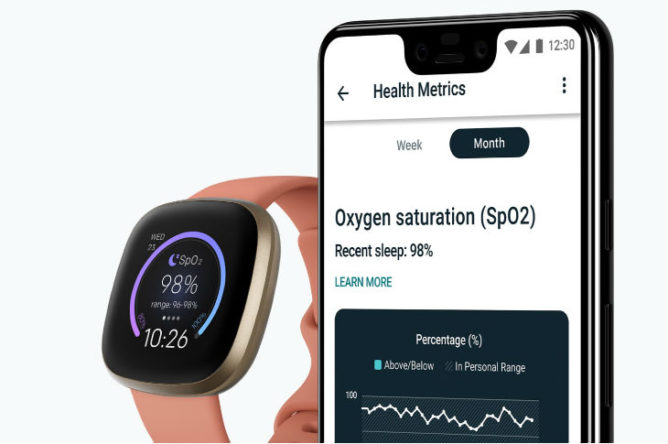 Wow, Fitbit is using a Pixel 3 XL mockup for its promotional image.

With the SpO2 Signature watch face installed from the Fitbit Gallery, the watch will track average blood oxygen saturation levels while you're sleeping, and start displaying them within an hour from the time you get moving in the morning. Fitbit Premium members will also be able to track their trends in the upcoming Health Metrics dashboard.

The new watch face should be available soon on Fitbit Ionic, Versa, and Sense devices. Fitbit says selected markets may not receive it right away, and availability will be rolling out. Some people report successfully downloading the new face by VPNing to the Fitbit Gallery from the UK.  The company promises that more watch face options with SpO2 tracking will be coming later in the year.